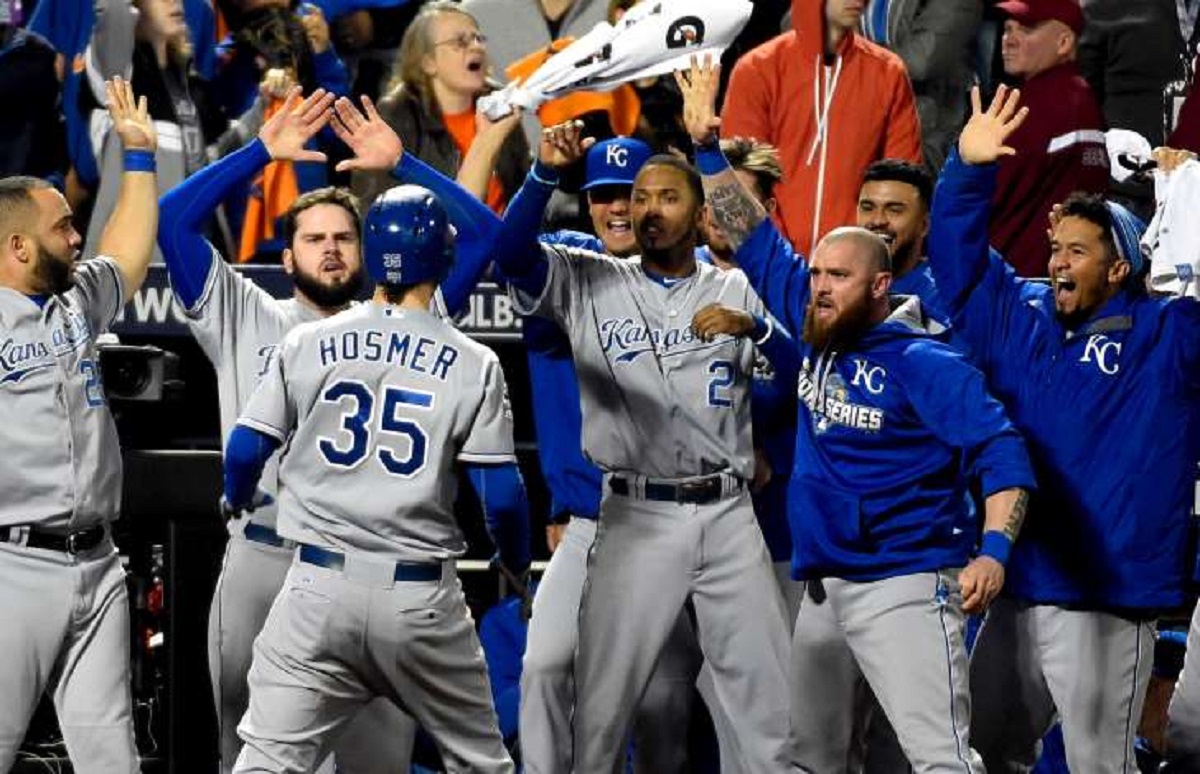 New York , November 01, 2015 (GSN)) - The Kansas City Royals won their first World Series crown since 1985, rallying in the ninth inning when Eric Hosmer scrambled home to tie it and then breaking away in the 12th to beat the New York Mets 7-2 in Game 5 Sunday night.

The daring Royals capped their postseason full of comebacks with a dash for the ages, and made up for last year's near-miss in a Game 7 loss to San Francisco.

Hosmer's alert sprint home from third base on a grounder finished off a two-run burst in the ninth against Matt Harvey and closer Jeurys Familia.

Then in the 12th, pinch-hitter Christian Colon delivered a tiebreaking single in his first appearance of this postseason. Lorenzo Cain added a three-run double

Royals starter Edinson Volquez threw two-hit ball for six innings. He pitched a day after returning from his father's funeral in the Dominican Republic. (AP)