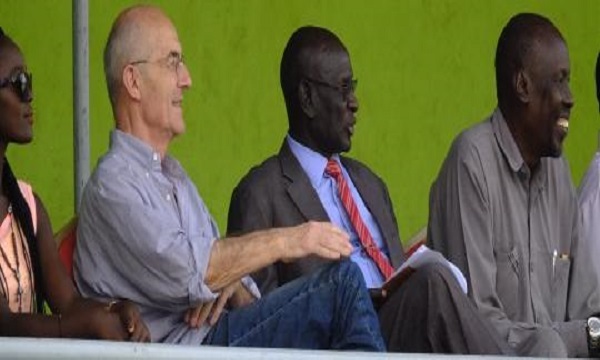 Juba, February 21, 2016 (GSN) - The Deputy Chairman of the Technical Committee of the International Basketball Federation (FIBA) Lubomir Kotleba began a three day visit to Juba on Friday, where he will look into the potential of basketball in the country as well as see how FIBA can support its development.

Achuil added that Kotleba will look into the possibility of South Sudan participating in the World Cup of Basketball in 2017, and look into the need for the training of referees, coaches, administrators, and promoters and marketers.

For his part, Kotleba said FIBA is looking to cooperate with the government and the Olympic Committee of South Sudan to work together for the development of basketball.

He also attended a basketball game between Tiger (in red) and Gudele United (in white), which ended 99 to 54 in favour of Tiger.