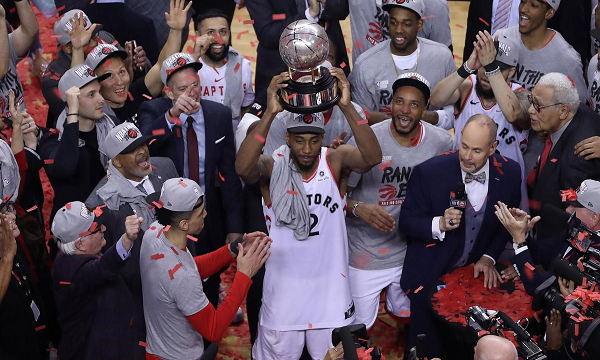 June 13, 2019 (GSN) - The Toronto Raptors are bringing the Larry O'Brien Trophy as NBA champion's home to Canada, a brilliant basketball story 24 years in the making.

Kyle Lowry had 26 points, nine assists and seven rebounds to lift the Raptors to a thrilling 114-110 victory over the two-time defending champion Golden State Warriors on June 13, 2019, in Game 6 of the NBA Finals.

Pascal Siakam added 26 points, while Fred VanVleet had 12 of his 22 points in the fourth quarter. Kawhi Leonard finished with 22, and Serge Ibaka chipped in with 15.

Klay Thompson had 30 points for the Warriors, who had won three of the past four NBA championships. Andre Iguodala added 22, while Stephen Curry finished with 21.

In what will go down as one of the most exciting games in recent Finals history, Lowry, playing with the sprained left thumb he suffered in Game 7 of the conference semis 12 games earlier, got the Raptors going, staking his team to an early nine-point lead in a thoroughly entertaining first half of breakneck basketball. Three days after connecting on just eight three-pointers in Game 5, the Raptors had nine from deep by the end of the first half. 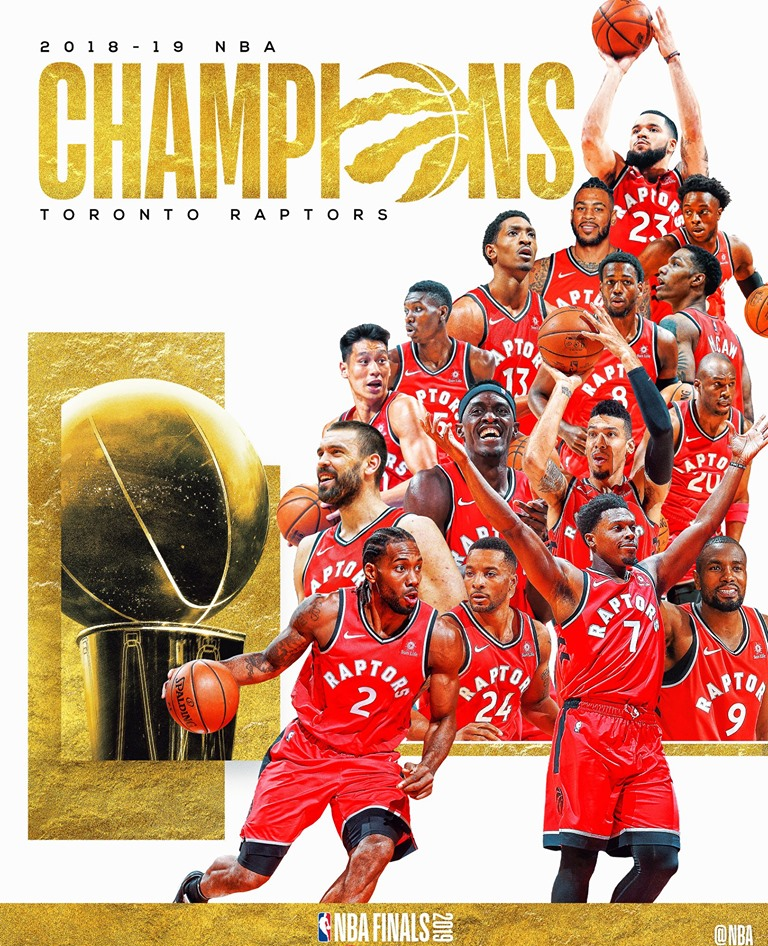 Both Lowry and Leonard ran into foul trouble in the third quarter, picking up their fourth fouls. A three-pointer by Andre Iguodala with a minute left in the third put the Warriors up by five their biggest lead to that point and ignited the rowdy crowd. Golden State led 88-86 with one quarter to play.

VanVleet had three big three-pointers in the second half: his first tied the game, his second gave Toronto a one-point lead with 7:08 to play, and his third put Toronto up 104-101 with 3:44 to play. VanVleet, looking battered with a bandage under the eye he cut a couple of games earlier, clenched his fists and let out a jubilant yell after the final one.

A Lowry basket made it a six-point Raptors lead with 2:14 to play. But a three-pointer by Draymond Green sparked a Warriors run capped by a DeMarcus Cousins layup that slashed Toronto's lead to a point with 38 seconds left.

On Toronto's second-last possession, Leonard was swarmed by Warriors as he finally got a pass off to Danny Green. But Siakam fumbled Green's pass and it went out of bounds, giving the ball back to Golden State with 9.6 seconds to play. Curry's three-pointer bounced off the rim, and then the Raptors regained possession with 0.9 seconds left after a mad scramble.

Leonard scored on a technical awarded because the Warriors called a timeout when they didn't have one to take. He connected for two more to clinch Toronto the victory.

After 82 regular-season games, and 24 post-season battles, all leading to this moment, finally the Raptors could celebrate.

The Raptors' historic run to the Finals gave the NBA something new, a fan base that extended beyond the boundaries of just one city, but stretched across an entire country and unites the country. There's been a groundswell of support from the Maritimes to Vancouver Island.