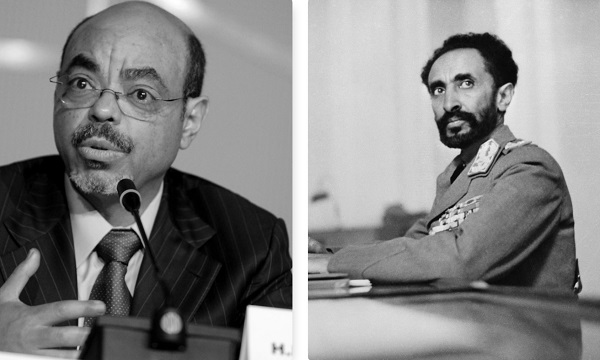 Addis Ababa, July 05, 2017(GSN) - The African Union (AU) has decided to erect monuments for former Ethiopian leaders, the late Prime Minister Meles Zenawi, Emperor Haileselassie and in honor of their contributions to former Organization of the African Unity (OAU) and the present AU.

The decision was made today at the closing ceremony of the 29th AU Summit held at the AU headquarters in Addis Ababa, Ethiopia under the theme, “Harnessing the Demographic Dividend through Investment in the Youth.”

In press conference he issued following the end of the Summit, the Premier said African leaders have reached agreement on erecting monuments for Emperor Haile Selassie and the late Prime Minister Meles Zenawi in recognition to their contributions to the organization.

On behalf of the government of Ethiopia, the Premier extended his gratitude for African leaders for their recognition to Ethiopia’s contribution for Africa’s agendas.

Commenting on undocumented Ethiopian’s living in Saudi Arabia, the Premier said his government will do its level best to bring them home safely.

According to the Prime Minister, Ethiopia and Saudi Arabia have signed an agreement which helps to ensure the rights and freedom of Ethiopians who will go to that country legally.

He further said Ethiopian will continue to strengthen its strategic, trade and investment ties with Saudi Arabia.

The Premier further said that a decision has been made to resolve the border dispute between Djibouti and Eritrea through the deployment of troops from African countries.

He added that only 16 countries have met the decisions taken last December compelling countries to contribute 0.2% of their income to the African Union due to problems related with the continent’s dealings with World Trade Organization (WTO).

The Summit which was concluded today reviewed report on AU reforms, current peace and security in the continent, implementation of Agenda 2063 and the 2018 AU budget, among others-(FBC).