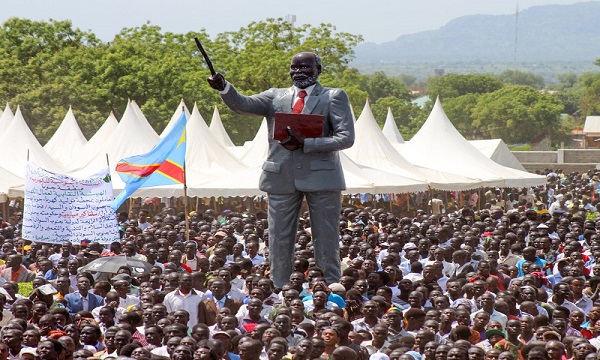 Juba, July  08, 2017(GSN) -  President Salva Kiir Mayardit has said greed for wealth among South Sudanese is one of the factors destroying the country.

“What is destroying us today is ourselves-the greed,” Kiir said.  “People are very greedy. Some of us thought that after 21 years of struggle and now that there is peace they must be rich overnight. And this is why we have gotten that name of corruption, that South Sudanese are corrupt.”

Kiir made the remarks when addressing a crowd at freedom hall on Saturday at the celebration of the attainment of Doctor of Philosophy (PhD) by his Vice President Dr. James Wani Igga.

Igga graduated from Bulacan State University in the Philippines, in taxation policy and investment. Upon his graduation, Igga was also appointed a visiting professor by Juba University.

He said the Vice President should use his doctorate to develop the country, but not to destroy it.
“Somebody said a word before about the PhD, I want to remind my dear colleague Wani that his PhD should not follow also the other PHD that brought us troubles in our country, it must be a PhD that lead us to development and progress in my country,” he said.

Kiir said South Sudanese were labeled the most honest people years back, however that has now changed since independence.

“People came from different countries to the extent that now our name has really become very bad,” he said. “We are the ones fighting for no reasons, why is it that our economy which we started as a strong economy deteriorated to the extent that we are not able to afford a meal per day per family. What happened? It is because we brought different cultures and different ways of doing things.”

Kiir said “with such activities economy cannot grow, let us work together.” 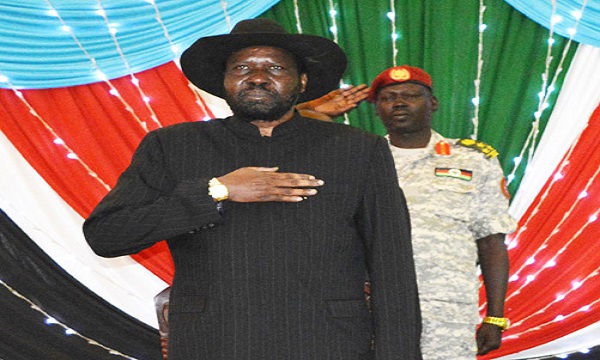 To the youths, he said they should not be frustrated by lack of jobs because “it is a matter of time and this situation is going to be rectified and we will move slowly and very smoothly.”

Kiir said Wani Igga should correct the economy by teaching the students on how to collect taxes
On the national dialogue, Kiir said it will bring back the people of South Sudan again.

He said the steering committee is an independent body which does not work on orders of the President, but only contacts him when they need assistance from him.

“I am not sitting in their meetings when they come here. I don’t come there but they know how to contact me if they need something from me,” he said.

He said all the political parties must join in to bring back peace in the country.

When responding to Janet Aya who said that women are tired of war and they want peace, Kiir said he is a peaceful man.

“I want to assure you mama that I am a very peaceful and humble man,” he said. “I don’t want fighting. Let us close that chapter of war, and let us open another chapter of peace. We will have to work together all the political parties. There is nothing better than to embrace one another. To embrace one another is the best thing that we can do.”

According to President Kiir, if the national dialogue is conducted as planned, peace will return to the country. (Gurtong)