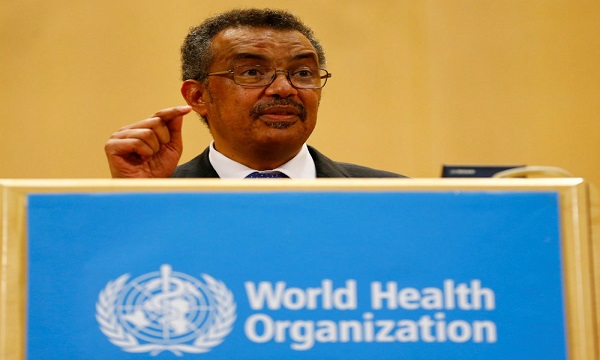 July 25, 2017 (GSN)- The mandate of the UN’s World Health Organization (WHO) could hardly be clearer; in the words of the Organization:

Our primary role is to direct and coordinate international health within the United Nations’ system.

Our goal is to build a better, healthier future for people all over the world. Working through offices in more than 150 countries, WHO staff work side by side with governments and other partners to ensure the highest attainable level of health for all people.

And yet this impressive mandate is daily made a mockery of by WHO’s refusal to refer to the cholera epidemic raging in Sudan by name. Neither your organization nor the UN’s Office for the Coordination of Humanitarian Affairs will refer explicitly to the fact that what you continue to call “Acute Watery Diarrhea” is in fact cholera, Vibrio cholera—a fact established by laboratory tests in Sudan.

What is most troubling in the present crisis is WHO’s failure to confirm the findings of Sudanese labs tests in Geneva, using stool samples appropriately transferred from Sudan. As you well know, this is entire practicable; by failing to conduct such laboratory tests, you are grossly failing in fulfilling your mandate. Of more immediate consequence, you are failing the people of Sudan, who have suffered so much at the hands of the current regime.

The practicability of laboratory testing of stool samples in Geneva has been confirmed to me by several physicians, including an infectious disease specialist at a major American research hospital:

“Cholera is easy to diagnose unequivocally in stool samples by bacterial culture.  Many labs across the world can easily do this using a sample shipped to them.  However, this would require special conditions for shipping (e.g., specimen has to be collected and stored in a special fluid called transport media to keep the bacteria alive).” (email received July 24, 2017)

Why has such an “unequivocal diagnosis” not been rendered by WHO, given the massive spread of cholera in Sudan since August 2016? To be sure, the Khartoum regime has made clear that it will punish Sudanese journalists and health officials who dare to use the word “cholera,” and no doubt threats have been issued to WHO, demanding that you be complicit in silence about this terrible disease. The regime’s motive is transparently a desire that the “reputation” of Sudan not be compromised by associations the regime perceives would inhere in any accurate designation of a disease that is clearly out of control. But the effect of WHO’s silence is to ensure that Sudan has not received international medical resources necessary to combat cholera—preeminently massive supplies of re-hydration equipment; medical epidemiologists as well as specialists in treating cholera epidemics; and water/sanitation equipment and engineers.

By yielding to the Khartoum’s regime’s threat, you are complicit in the failure to respond to a disease that currently threatens many hundreds of thousands of Sudanese civilians—and is currently active in twelve Sudanese states.

As you are no doubt aware, the current National Islamic Front/National Congress Party regime—which came to power my means of a military coup in June 1989—is guilty of continuous assaults on its own people for almost three decades. Among the most barbaric means used in serial genocidal counter-insurgencies has been the thoroughly documented denial of humanitarian assistance to desperately need civilians—in Darfur, in the Nuba Mountains of South Kordofan, in Blue Nile, and in South Sudan during the long civil war. Eastern Sudan has also been systematically denied critically needed humanitarian resources.

Equally well-documented are the Khartoum’s military assaults on humanitarians—most recently and notoriously, bombing of hospitals in South Kordofan (MSF—twice—in Frandala, as well as the repeated bombings of Mother of Mercy Hospital near Kauda in the center of the Nuba Mountains). Bombings and assaults on humanitarian sites were commonplace during the North/South civil war (see http://wp.me/p45rOG-Pv/).

Your silence about what is clearly a massive cholera epidemic in Sudan is reprehensible. Your failure to transport stool samples from victims in Sudan to Geneva for official confirmation of cholera makes you fully complicit in the terrible suffering and dying that continues to spread, out of control, with daily new reports confirming that this is indeed a cholera epidemic.

The inevitable history that will be written of this epidemic will surely cast you in an unforgiving light.