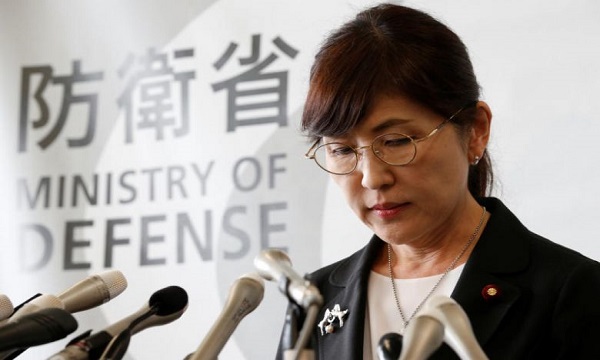 Tokoy, July 29, 2017(GSN) -  Japan’s defense minister and its army chief resigned on Friday over allegations that they misled Parliament and the public over dangers faced by Japanese soldiers on a United Nations peacekeeping mission in South Sudan, dealing another blow to the government of Prime Minister Shinzo Abe.

Controversy over official accounts of the mission, which Japan ended in May, has weakened Mr. Abe’s government, contributing to plunging approval ratings and undercutting the prime minister’s efforts to loosen longstanding legal constraints on the military.

The departures of the minister, Tomomi Inada, and the ground forces chief of staff, Gen. Toshiya Okabe, coincided with an internal Defense Ministry inquiry into the South Sudan episode, the results of which were made public later on Friday.

“The Japanese people’s severe criticism of a cabinet member is something I take personally and seriously,” Mr. Abe said after accepting the resignation of Ms. Inada, a protégée and close political ally. “She indicated strongly that she wanted to take responsibility.” 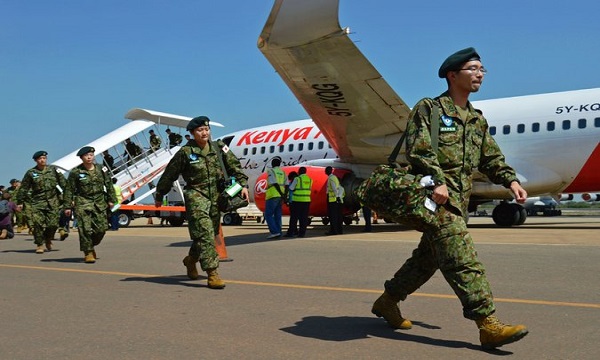 The question of whether the military and senior officials in Mr. Abe’s government deliberately withheld information about safety at a United Nations compound in South Sudan, where about 330 Japanese peacekeepers were based, is one of several allegations of wrongdoing to have dogged the prime minister in recent months. Support for the administration has dropped to about one-third of voters, according to multiple newspaper surveys.

Mr. Abe has also been hurt by accusations of favoritism toward friends and conservative sympathizers, which he has denied.

With the resignations of Ms. Inada and General Okabe, Mr. Abe may be seeking to prevent further fallout from the South Sudan affair. Some had expected Ms. Inada to be afforded a more graceful exit in a coming cabinet reshuffle.

Mr. Abe said Fumio Kishida, the foreign minister, would assume Ms. Inada’s duties in addition to his own until the cabinet reorganization, which is expected to take place next week.

The top civilian bureaucrat in the Defense Ministry, Tetsuro Kuroe, is also widely expected to be replaced.

“Instead of taking clear responsibility, Abe seems to want to put an end to the issue by pinning blame on those below him,” said Hiroshi Kamiwaki, a professor of constitutional law at Kobe Gakuin University. “The problem is that people don’t trust him anymore.”

Self-Defense Forces personnel spent about five years in South Sudan, which gained independence from Sudan in 2011 after a civil war. They handled relatively low-risk logistics and infrastructure-related work as part of a larger multinational United Nations force.

The mission was nonetheless controversial. Japan’s Constitution renounces war, and as a result Japanese peacekeepers operate under much stricter limits than those of other countries. One of the limits is that Self-Defense Forces personnel are supposed to be sent only to areas where there is no continuing armed conflict.

Mr. Abe’s government, under pressure from the news media and the opposition parties, contended that the area where the Self-Defense Forces were stationed was peaceful. But records kept by personnel on the ground painted a starkly different picture, of fighting around the compound and a breakdown of order within the United Nations force.

That was problematic for Mr. Abe, who strongly supported the peacekeeping mission, which fit his agenda of seeking a more active role for Japan on international security issues. His government passed a law in 2015 allowing the Self-Defense Forces to engage in combat outside Japan in limited situations, and has proposed amending the Constitution to loosen constraints further.

Rather than disclose the internal records from South Sudan, Ms. Inada initially told Parliament they had been discarded. She later reversed herself, prompting accusations of a cover-up.

The Defense Ministry report concluded there was no evidence that Ms. Inada knew the records had survived, though it said it “could not deny the possibility” that she had been informed by subordinates.

At a news conference after she resigned, Ms. Inada denied she had knowingly withheld information, but said she felt “painfully responsible” for the episode. (The New York Times)