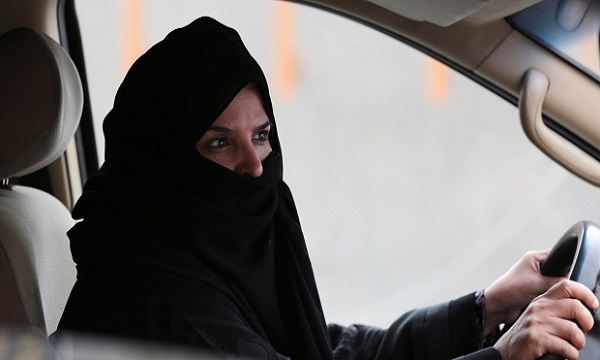 September 26, 2017 (GSN) - Saudi Arabia announced on Tuesday that women will be allowed to drive for the first time in the ultra-conservative kingdom. King's royal decree to be implemented by June 2018.

King Salman's royal decree ordered the formation of a ministerial body to give advice within 30 days and then implement the order by June 2018, according to state news agency SPA.

It stipulated that the move must "apply and adhere to the necessary Shariah standards," referring to Islamic law. It gave
no details but said a majority of the Council of Senior Religious Scholars, Saudi Arabia's top clerical body, had approved its permissibility.

Saudi Arabia has been widely criticized for being the only country in the world that bans women from driving, despite ambitious government targets to increase their public role, especially in the workforce. Women were given the right to vote and run in elections for the first time in late 2015.

Women's rights activists since the 1990s have been pushing for the right to drive, saying it represents their larger struggle for equal rights under the law.

Some ultra-conservative clerics in Saudi Arabia, who wield power and influence in the judiciary and education sectors, had warned against allowing women to drive. They argued it would corrupt society and lead to sin.

Women in Saudi Arabia have long had to rely on male relatives to get to work, run errands and simply move around. The more affluent have male drivers. More recently, in major cities, women could access ride-hailing apps like Uber.

Women in the kingdom are also bound by law to wear long robes and a head scarf and require the consent of a male guardian for most legal actions.

Saudi ambassador to the U.S., Prince Khaled bin Salman, said it was a "historic and big day in our kingdom."

"Our leadership thinks that this is the right time to do this change because currently in Saudi Arabia we have a young, dynamic, open society," he told reporters. "There's no wrong time to do the right thing."

Khaled said women would not need permission from their guardians to get a licence or have a guardian in the car, and would be allowed to drive anywhere in the kingdom, including the Islamic holy cities of Mecca and Medina.

Women with a licence from any of the Gulf Co-operation Council countries would be allowed to drive in Saudi Arabia, he added.

Activist Manal al-Sherif, who was arrested in 2011 after a driving protest, took to Twitter following the king's announcement to express her relief.

"Today, the last country on Earth to allow women to drive ... we did it," she wrote in one of a series of tweets. "#IamMyOwnGuardian," she wrote as the hashtag in another. (AP)