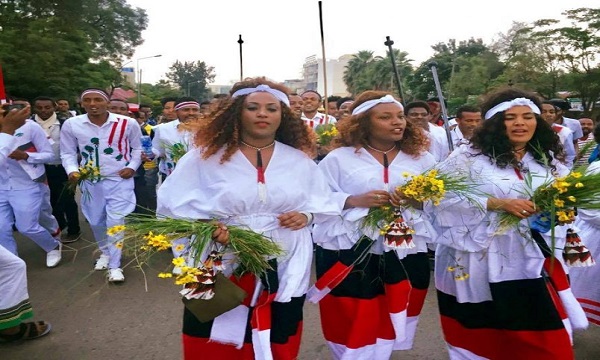 October 02, 2017 (GSN) - In Ethiopia, this year’s Irreecha festival brought peaceful but powerful protest as the Oromo people marked the anniversary of last year’s massacre at Bishoftu.

More than 1.5 million people were expected to attend the annual thanksgiving celebration. Despite the rainy skies, they came; once there, the crowds chanted anti-government slogans with the now-familiar crossed arms symbol of protest against Ethiopian authorities they say have long persecuted them  and who, in 2016, opened fire as the scene at Bishoftu deteriorated into chaos. 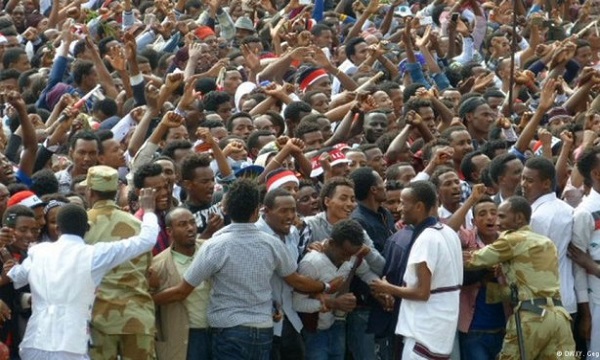 The Ethiopian Human Rights Commission denied the military used lethal force in an official report on unrest in Oromia released in April. The EHRC said 669 people had died in ethnic clashes overall, including 465 Oromo civilians, while blaming the Oromo Media Network (OMN), other diaspora sources, and Oromo political opposition groups for escalating the crisis while defending all national security measures as appropriate.

The report results were questioned by international governments and human rights organizations who say they are consistently denied the access needed for an independent investigation. Many of the thousands who were arrested during a 10-month state of emergency remain detained, including key Security remained tight for this year’s Irreecha celebration, as Ethiopian authorities banned weapons and set up security checkpoints while promising that armed forces would remain on the perimeter of the event but not venture inside.Oromo political opposition leaders. (Reuters)