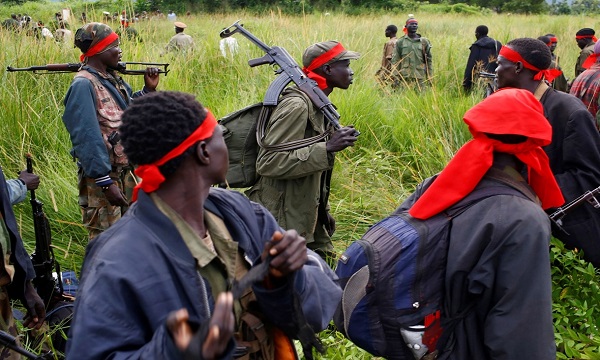 October 08, 2017 (GSN) - A South Sudanese armed opposition official has dismissed claims that the rebel group was recruiting Ethiopian citizens from the Gambella region to engage in the armed conflict.

“We would like to emphasize that we do not, under no circumstance, recruit anyone, even South Sudanese citizens to participate in the ongoing armed conflicts in South Sudanese. They do, however, join voluntarily,” Puok Buluang, the armed opposition’s director for information and public relations said in a statement.

The rebel official described as “unfounded” the EUPF chairman’s allegations on the operations of the South Sudanese rebel faction.

“Consequent upon this, how can we recruit foreigners if we do not enlist our own countrymen and women as Thowath Pal alleged,” he said, amid claims the Ethiopia rebel group supports the Juba regime.

According to Buluang, an agreement was reached in April 2015 between the Ethiopian rebel group and the Juba regime, in which South Sudan allegedly agreed to train Ethiopian rebel fighters whose main objective was to overthrow the regime in Addis Ababa.

Sudan Tribune could, however, not independently verify claims from the rebel official.

Meanwhile, the armed opposition official also appealed to regional leaders, the African Union and the international communities at large not believe statements attributed to the Ethiopian rebel leader.

Early this year, the Ethiopian government rubbished reports by some social media outlets that diplomatic relations between South Sudan and Ethiopia were worsening following a recent visit by South Sudanese president Salva Kiir to Egypt.

Ethiopia currently hosts close to 300,000 South Sudanese refugees, most of whom fled after the conflict broke out in the world’s newest nation in December 2013, according to U.N estimates. (ST)