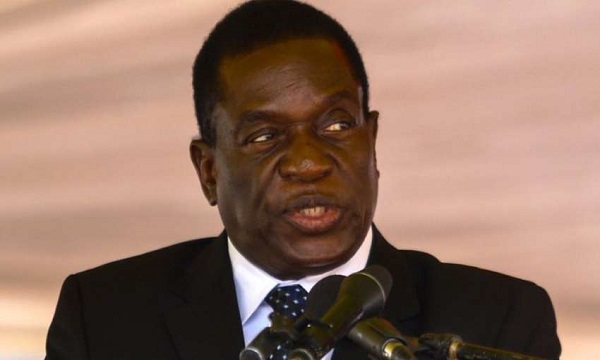 November 12, 2017(GSN) - Zimbabwe’s former Vice-President Emmerson Mnangagwa, who was sacked on Monday, has fled to South Africa amid death threats, his allies say.

President Robert Mugabe, 93, accuses his former deputy of plotting to take power from him. “He went to apostolic church prophets to find out when Mugabe would die. But he was told he would die first,” Mr Mugabe told supporters on Wednesday. First Lady Grace Mugabe is now the favourite to succeed her husband.

Mrs Mugabe had been pushing for the removal of the vice-president, referring to him as a snake that “must be hit on the head.” She is now expected to be appointed vice-president at a special congress of the ruling Zanu-PF party next month. Mr Mugabe called his former deputy a conspirator and warned that he was planning to purge others in the party.

“We knew a long time ago what he [Mnangagwa] was like. But we tried to shield you from it. He thought that by being close to me, I would carry him on my back to the presidency. But I didn’t die, I didn’t resign,” he told his supporters at the headquarters of his Zanu-PF party in Harare. “We hope we can deal with others who were conspirators alongside him,” he added.

In an angry, five-page statement attributed to Mr Mnangagwa, he said he had been loyal to President Mugabe. He said that he was being “vilified” by people who draw their power “not from the people or party but from two individuals in the form of the first family”.

The former vice-president said he planned to return to lead Zimbabwe and accused President Mugabe and his wife of privatising and capturing the party. He criticised Zanu-PF officials for allowing the party to be hijacked, saying that it was “not personal property”.

“We must reject this insane and ‘idiotic’ habit of expelling and suspending members of the party merely because we differ in opinion or have brighter and more progressive ideas of improving the lives of our people,” he added. Mr Mnangagwa, a former intelligence chief, had been a leading candidate to succeed President Mugabe.

He had worked closely with Mr Mugabe for more than 40 years, serving as his special assistant during the liberation war in 1977. His nickname in the party was the “crocodile”, so-called due to his shrewdness. As yet, he has not commented on his dismissal.(AFP)