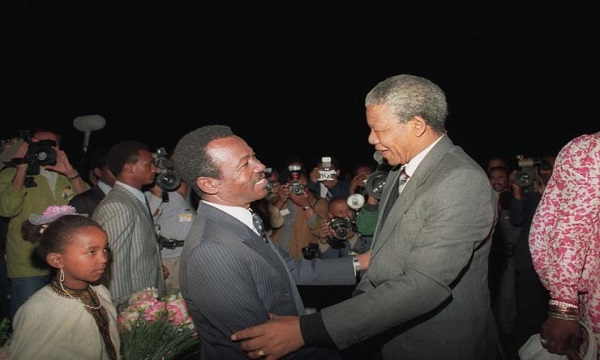 December 19, 2017 (GSN) - Presidential spokesperson and the permanent secretary in the ministry of Media, Information and Broadcasting Services George Charamba has said that President Emmerson Mnangagwa’s government was not going to extradite former Ethiopian dictator Mengistu Hailemariam.

This comes after reports that the opposition has been calling for Hailemariam to be extradited to Ethiopia so that he can face justice. Charamba also told the opposition not to meddle in issues that it had no knowledge on.

Hailemariam fled from Ethiopia in 1991 after a brutal reign that left thousands of people dead and was granted asylum in Zimbabwe as an official guest of former president Robert Mugabe. Mengistu who was given the nickname “the Butcher of Addis Ababa” was convicted of genocide in absentia in December 2006 and sentenced to life in prison. However, after an appeal, he was sentenced to death in absentia by the Ethiopian High Court which overturned his life sentence.

Charamba said that Mengistu’s extradition was not on the new government’s priorities. Speaking to the Daily News, Charamba said:

I thought that was not a domestic issue, where are they (the opposition) coming in?

We cannot be seen spending time and effort on that issue when there are pressing national issues to attend to.

After all, we have so many other people in this country. Don’t we have the Rwandese, the Congolese and Mozambicans, why then him. (Latest Zimbabwe News)