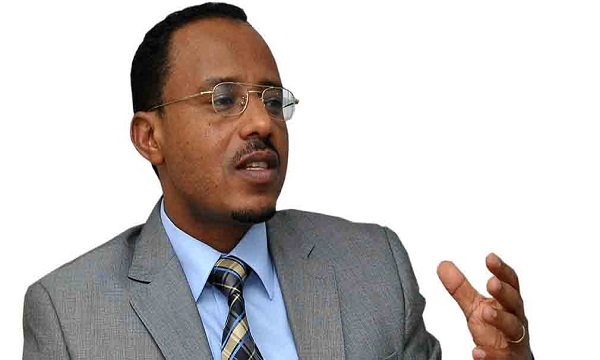 Addis Ababa, February 21, 2018 (GSN) - Ethiopia’s ruling party could choose the leader of the protest-hit Oromia region as its next chairman, a step toward succeeding Prime Minister Hailemariam Desalegn, a party official said.

The Ethiopian People’s Revolutionary Democratic Front will probably decide on a new head within the next two weeks, Getachew Reda, a member of the EPRDF’s executive committee, said in an interview on Tuesday. Lemma Megersa, the leader of the Oromo Peoples’ Democratic Organization, has been touted as a potential successor to Hailemariam.

“There is nothing institutional, moral or legal that stands in the way of Lemma becoming chairman,” Getachew said in the capital, Addis Ababa. “This is not in any way an endorsement of anyone. Technically, anyone can come in.”

Hailemariam resigned Feb. 15 after failing to quell more than two years of sporadic and often deadly anti-government protests in the Oromia and Amhara regions. The next day, the government declared a state of emergency, the second time since 2016 it’s suspended the constitution to deal with the unrest. The demonstrations occurred amid conflict between the Oromo and Somali regions that have forced more than 900,000 people to flee their homes.

Ethiopia, Africa’s fastest-growing economy over the past decade, is a key U.S. ally in its battle against al-Qaeda in the Horn of Africa. Home to more than 100 million people, the $72 billion economies has drawn investors including General Electric Co., Johannesburg-based Standard Bank Group and hundreds of Chinese companies.

The Oromo and Amhara communities together make up more than half of Ethiopia’s population, Africa’s second-largest after Nigeria. Activists from both groups claim that minority ethnic Tigrayans, who make up about 6 percent of the population and are represented by the Tigrayan People’s Liberation Front, dominate an authoritarian government.

The EPRDF Council is expected to meet by the first week of March to decide on whether to accept Hailemariam’s resignation, Getachew said. The politburos of the EPRDF and the South Ethiopia People’s Democratic Movement -- a regional party that makes up the ruling coalition alongside the Tigrayan People’s Liberation Front, the Oromo People’s Democratic Organization, and the Amhara National Democratic Movement -- “technically endorsed” Hailemariam’s decision to stand down last week, he said.

“Once the council has decided, there will be a vacuum, and that vacuum will need to be filled immediately,” Getachew, who is also a member of the TPLF’s executive committee, said.

Lemma is a member of the EPRDF Council but isn’t a member of Ethiopia’s parliament, the House of People’s Representatives. That means the council could elect him chairman, but a new prime minister “will have to become a member of parliament,” possibly through a special by-election, said Getachew, who previously served as a special adviser to Hailemariam.

If no constituency is available, an MP could be removed or stand down to make way, he said.

During the EPRDF’s quarter-century rule of Ethiopia, both of its prime ministers -- Hailemariam, a southerner from Wolayta, and Meles Zenawi, a Tigrayan who died in office -- have also been chairmen of the ruling coalition. Lemma has been president of the Oromia region since 2016.

The EPRDF Council is meant to have 180 members distributed equally between its four parties, but now has about 175 members after a “purge” of five TPLF members that followed an internal TPLF evaluation in November, Getachew said. The TPLF will now have 40 votes at the Council, instead of 45, he said. (Bloomberg)