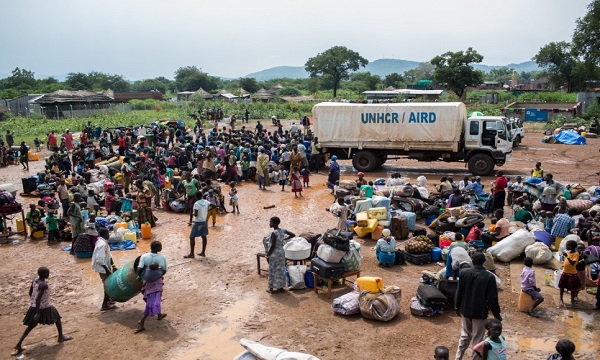 Gambella, March 03, 2018 (GSN) - Adege Nigussie Agro-Industry Development asked to either have them resettled or get reimbursed.

A controversy that begun when South Sudanese refugees settled on land in the Gambella Regional State that was previously leased for commercial farming has climaxed in the arrest of its owner.

The incident followed after two letters were written from Adege Nigussie Agro-Industry Development Plc to the Administration for Refugee & Returnee Affairs (ARRA) and the Regional President's Office last year.

In the former, Adege Nigussie, the Company's owner, asked for the refugees that have been there since June 2016 to be resettled, while in the latter he asked for the reimbursement of his losses, and another land for development.

A letter was written from Itang special wereda, where the 2,000ha land is located, to the Region's Investment Agency, which set up a board consisting of individuals from the investment and agriculture bureaus, to investigate the claim of Adege and other developers that had made claims. But, while the investigation took place, a scuffle erupted that led to Adege's arrest last Tuesday, according to Beza Demeke, his spouse.

The Company has been engaged in commercial farming since 2010 and had received a 25 million Br loan from the Development Bank of Ethiopia (DBE) half a decade ago.

Having begun with an investment capital of around 3.2 million Br on 1,000ha cultivating sesame, rice, and cotton, the Company which has 300 employees requested more land. The Bureau of Agriculture & Natural Resource Development approved the request and renewed his lease holding certificate for twice the land three years ago.

But in 2016, ARRA built a refugee camp on around 447ha of the Company's property, according to Adege's letter to the region's president. The camp that was built on his land is actually more than 669ha, according to Oman Olay Cham, chief administrator of Itang, who wrote a letter to the Investment Agency requesting the developer to get another land and get reimbursed for his damaged crops.

At the moment, Ethiopia is hosting nearly 800,000 refugees from neighboring countries, including 245,000 from Somalia. Refugees and asylum seekers from South Sudan in the Gambella region comprises 425,062, according to United Nations Refugee Agency.

"The Company is not the only one affected by this," said Oman, adding that he also recalls five other developers affected by the refugee influx.

In his letter to ARRA, Adege wrote that one of the reasons the refugees need to be resettled is because they are consuming edible crops in his farm, which could be harmful to them as they are sprayed with pesticides.

He also cited that the settlement is harming his business and that he is worried he would default on his debt from DBE in a letter to the president's office. Adege was detained while waiting for the board's decision on his land.

"I heard about his arrest, but it is related to the dispute caused between the refugees and the person sent to investigate the situation at the farm," Oman said.