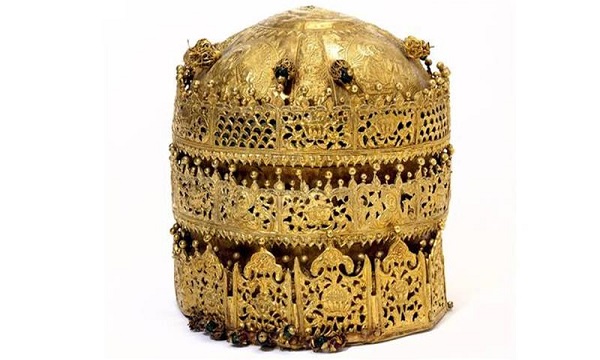 Addis Ababa, April 06, 2018 (GSN) - Artifacts, which are on display at Victoria and Albert Museum, were stolen from African country more than 150 years ago.

Ethiopian artifacts looted by the British colonialists in the 19th century are on a display in London, but a top Ethiopian official says the treasures belong to Addis Ababa and they need to be returned to the rightful owner.

Ethiopia hopes the display at the London's Victoria and Albert Museum (V&A), which will remain open to the public until June 2019, will help in the eventual return of the lost treasures.

The items, which include a gold crown, a gold chalice, and a royal wedding dress, were stolen after the capture of Meqdela - the mountain capital of the then Ethiopian ruler, Emperor Tewodross II, in 1868.

"Showing the looted Meqdela artifacts to the public is positive. We hope it is going to create pressure on them [the Museum] that will help us in our efforts to return the artifacts to where they belong," Desalegn Abebaw, the director of country's Cultural Heritage Inventory, Grading, and Inspection, told Al Jazeera.

In 2007, Addis Ababa launched a formal restitution claim to have the treasures returned back to Ethiopia.

"It's good to show these artifacts to the public rather than locking them somewhere since the exposure is going to help us to return them back," Abebaw said.

Loaning the treasures back to Ethiopia

In an interview with the UK's Guardian newspaper, V&A director said the museum would consider loaning the treasures back to Ethiopia.

"The speediest way, if Ethiopia wanted to have these items on display, is a long-term loan … that would be the easiest way to manage it," Tristram Hunt said.

But many in Ethiopia think the return of the items should not be up for negotiations.

"They took someone else's possession. It is criminal and they should apologize for it," Elizabeth Wolde Giorgis, director of the Institute of Ethiopian Studies at Addis Ababa University, told Al Jazeera.

"No European artifacts have been looted and taken to Africa. So, why should it be ok for a British museum to have looted African treasures? And not apologize for it," Giorgis said.

In 2005, a huge 1,700-year-old granite obelisk was returned home to Ethiopia from Italy, 68 years after it was looted by the troops of the fascist Italian leader Benito Mussolini.

The Axum obelisk is regarded as one of Ethiopia's national religious treasures.

Italian troops seized the obelisk in 1937 and took it to Rome, where it remained until 2005, despite a 1947 UN agreement to return it to Ethiopia. Source: Al jazeera News

It was returned from Rome to the northern Ethiopian town of Axum, where it was greeted by thousands of Ethiopians chanting prayers and weeping with joy.