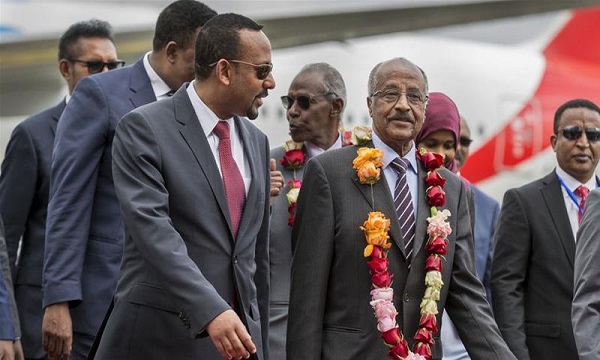 Addis Ababa, June 27, 2018 (GSN) - Ethiopia's prime minister said his country was ready to open a new chapter in their relations with long-time foe Eritrea following a high-level meeting with a delegation from Asmara.

"Our desire is to love rather than hate. What we miss is to hug our brothers in Asmara. If we are in love then the other things are minor. And if we do that, we might not need a border. Our neighborliness is sharing things and drinking coffee together," Prime Minister Ahmed said on Tuesday night during a state dinner he hosted for the delegation.

It is the first time in more than two decades that a delegation from Asmara visits the Ethiopian capital.

The East African countries fought a bloody border war in 1998 that left more than 80,000 people dead and hundreds of thousands displaced.

A UN-backed peace agreement in 2000 awarded the disputed border territories to Eritrea but the deal was never implemented.

Months after coming into office, Ahmed said Addis Ababa would accept and implement the agreement. 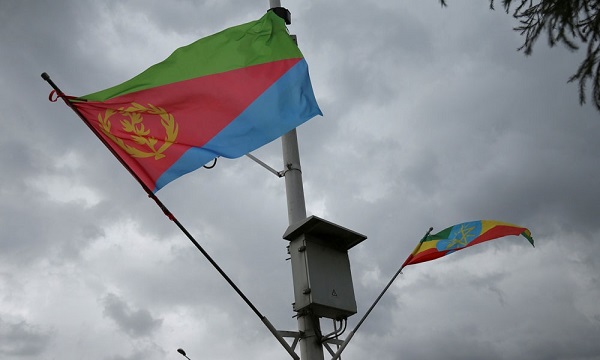 "Our intention is not to pass hate and war to the next generation. When our children grow up, we want them to think they have brothers and sisters on the other side of the border.

"We also hope that our Eritrean brothers are thinking this way. And it looks like they are," he said.

Several banners reading "welcome" in Amharic (Ethiopia's main language) and in Tigrinya (one of Eritrea's official languages) also appeared on bridges in the city.

"For Ethiopians who have missed going for a stroll in Massawa [a port city in Eritrea], I call on you to get ready as Ethiopian airlines will start services there soon," Ahmed said.

Ethiopian Airlines stopped its flights to Eritrea in 1998.

"Today is a day of joy because two identical peoples and two generations have been separated throughout that period. But through struggles, we have opened the door of peace," Osman said.

The visit comes a week after Eritrea's long-time ruler Afwerki said his country will dispatch a delegation to Addis Ababa to "gauge current development" in the region.