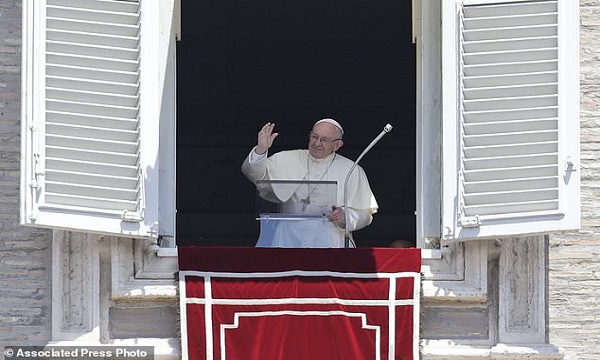 Vatican City, July 02, 2018 (GSN) - Pope Francis is hailing the "good news" that Ethiopia and Eritrea are willing to discuss peace prospects for what has been one of Africa's longest-running conflicts.

Francis told the Catholic faithful gathered in St. Peter's Square on Sunday that "in the midst of so many conflicts, it's dutiful to point out an initiative that can be called historic."

Ethiopia's foreign minister said Thursday that the leaders of the two countries would meet soon. The countries broke off relations when a border war began in 1998, five years after Eritrea won independence from Ethiopia.

Francis expressed hope that having the governments "speak together of peace" after 20 years would "turn on a light of hope for these two countries in the Horn of Africa and for the entire African continent."  (AP)