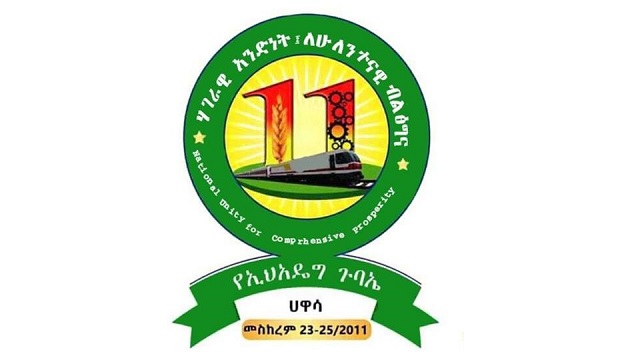 Hawassa, October 04, 2018 (GSN) Abiy Ahmed (Ph.D.), Chairperson of EPRDF and Prime Minister of Ethiopia said that the 11th Congress that kicked off today is historic in deciding Ethiopia’s future.

The 11th Congress is being held in the city of Hawassa, under the theme “National Unity for All Rounded Prosperity.”

In his opening remarks, Dr. Abiy Ahmed said that the Congress will focus on tackling unemployment and problems of good governance as well as addressing other socio-economic problems.

Noting that Ethiopia is a country that pursues its bright future; the country is in a transition that needs the collaboration of the old and new ideas, he added.

Saying that it is important to respect the previous generation and learn from the best, he urged the need for the old generation to pass its leadership position to the new generation. 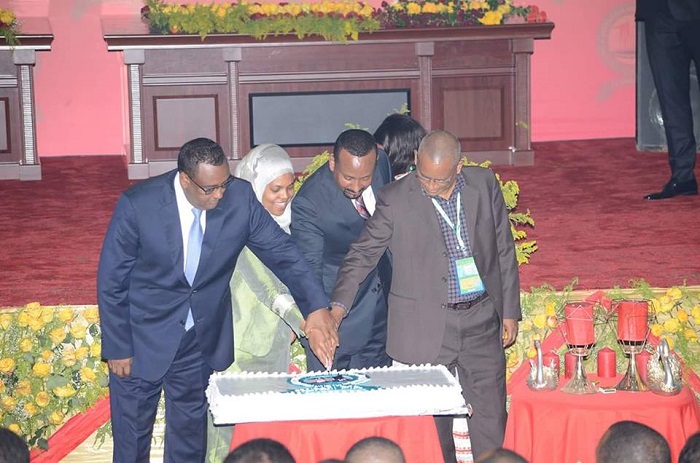 Mentioning that power succession in the country is characterized by bloodshed, Abiy said it is crucial to introduce a system to end that tradition and change the political culture of the country.

Saying that a good leader is important to bring about the desired change in the country, Abiy said it is not proper to criticize the previous generation, as the nation witnessed from good to cruel throughout its history.

He said Ethiopia has witnessed leaders, who glorify its name; die while protecting its sovereignty; commit a crime on their own people, and let it fall in the hands of its enemies as well as spread and nurture hate among its people.

According to Abiy, the question is, is the current leaders will make the nation a pride to its citizens or let it be a shame for its people?

Abiy said the key to this question is on the hands of the people of Ethiopia and the responsibility on the shoulders of the leaders.

In order to ensure the development of the country, the leadership should consider the people as the source of power. It also requires pursuing a leadership style that would allow properly using the social capital of the country.

Saying that the country is now at a historic juncture, Abiy said that the momentum of the transition will be maintained with the participation of the public and leadership of EPRDF.

The Premier also highlighted the importance of guaranteeing freedom of movement and the rights of people to work anywhere in the country.

After welcoming participants of the Congress, Chairperson of the Southern Ethiopian People’s Democratic Movement (SEPDM), Muferiat Kamil, said: “it is my belief that the Congress will set directions that are important to cement unity of the country.”

A total of 2,000 people, including 1,000 voting members drawn from four member parties of EPRDF, are taking part in the Congress.

Other participates include, among others, representatives of affiliate organizations, competing political parties and invited guests from abroad. (Source: (Walta Media)