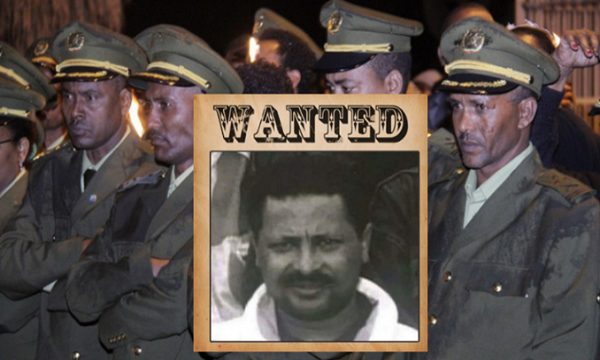 Addis-Ababa, December 02, 2018(GSN) - Getachew Assefa, the former Ethiopian military spy chief who went into hiding in the remote Tigray region has been declared a wanted man by the United States, sources said.

They include allegedly orchestrating the assassination attempt on the Prime Minister Abiy Ahmed in Addis Ababa.

Assefa has accused of masterminding the attempt during a public rally early called by the Premier to support his reform campaign.

Other charges include crimes against humanity on thousands of prisoners across the country such as allowing gang rape of both males and females; torturing and killings using different techniques in secret jails.

Assefa has also been linked to the stealing of over US$2 billion from Metal Engineering Corporation that was owned by the military.

The US federal prosecutor recently indicated that many secret prisons used for torturing inmates under the auspices of Assefa had been found in Ethiopia, seven of which were in Addis Ababa.

Hence in the attempt to hunt Assefa down the US has imposed a travel ban and frozen the assets freeze on the fugitive former Ethiopian Intelligence head.

The sanctions follow the House of Representatives (HR) 128 Bill passed recently by the US Congress against Mr. Getachew’s violation of human rights.

The request to the State Department was made by the House of Representatives’ Mike Coffman (R), who sponsored the HR 128 bill and finally got it passed by the Congress.

Following the collapse of the Ethiopian military regime, about a dozen former intelligence officers were arrested recently, but Assefa disappeared in thin air and was reportedly hiding in Tigray region. (ADV)