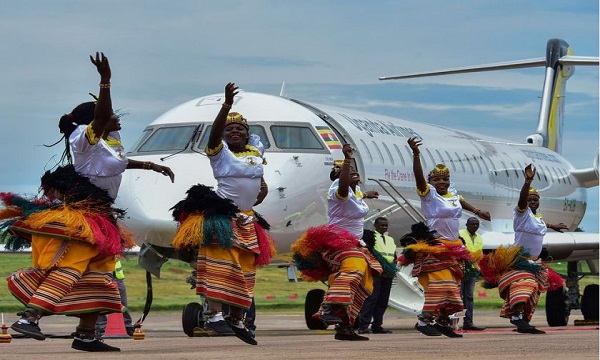 April 26, 2019(GSN) - Traditional dancers perform a routine in front of a newly acquired Uganda Airlines Bombardier CRJ900 aircraft on the runway at Entebbe Airport on the outskirts of Kampala on April 23, 2019.

The first two planes purchased in a bid to relaunch Uganda Airlines have been delivered, nearly two decades after the East African country's national carrier collapsed. The two Bombardier CRJ900 jet airliners, which can carry up to 90 people, landed at the Entebbe airport outside the capital Kampala during a ceremony attended by President Yoweri Museveni.

The carrier received two aircraft on 16 April, out of four it ordered in July 2018 at the Farnborough air show. Configured with 76 seats in a two-class configuration, it is also the first African operator to select the Atmosphere cabin fitting option. 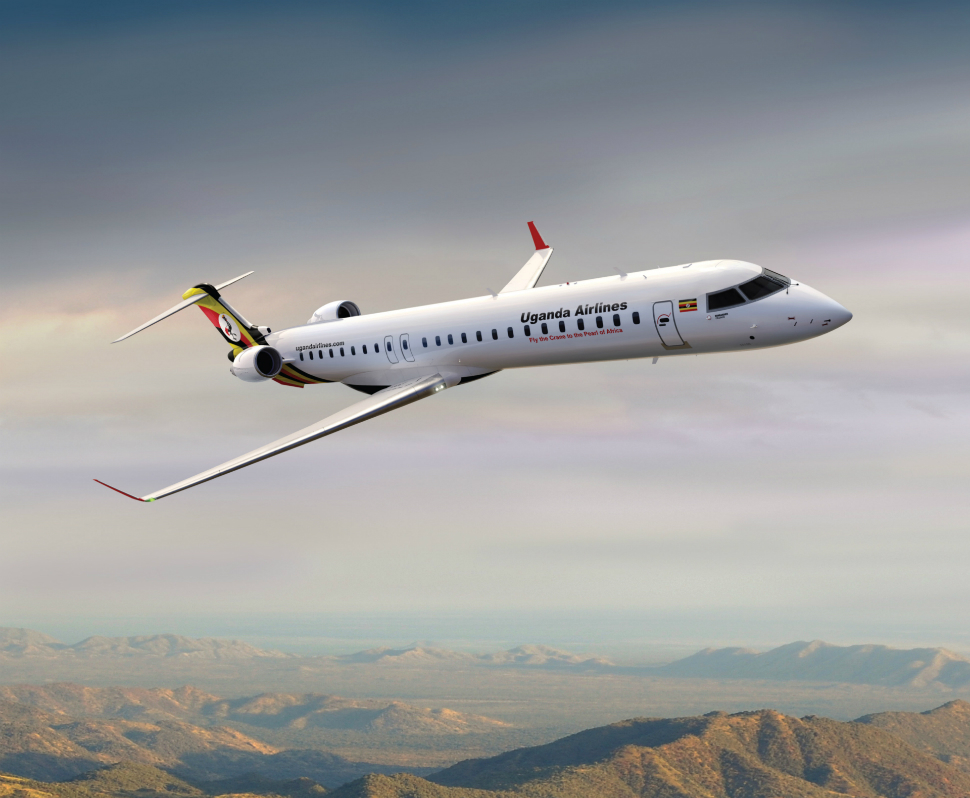 "We are thrilled to commence our operations with the world’s leading regional jet, and we look forward to providing the most modern passenger experience in regional aviation to the people of Uganda and across Africa," says Uganda National Airlines chief executive Ephraim Bagenda.

While the revived Uganda Airlines has yet to begin operations, the start-up tweeted in mid-March that its initial destinations will include Kinshasa, Khartoum, and Lusaka, as well as Bujumbura. Plans to expand into Accra and Johannesburg are also in the pipeline. A previous incarnation of Uganda Airlines was liquidated in 2001, after 24 years in operation.

In addition to the CRJ900s, Cerium Fleets Analyzer shows that the airline has a firm order for a pair of Airbus A330-800s.