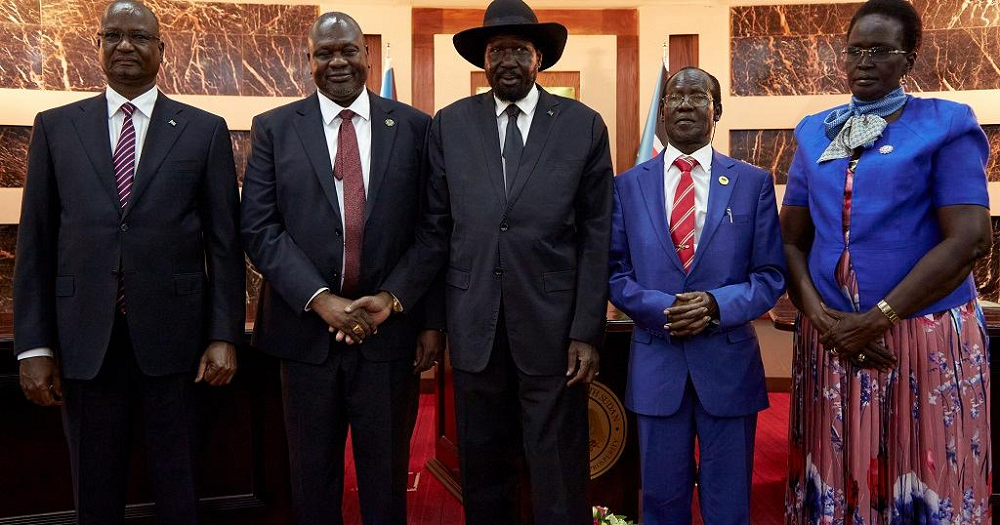 February 23, 2020 (GSN) - South Sudan opened a new chapter in its fragile emergence from the civil war on February 22, 2020, as rival leaders formed a coalition government that many observers prayed would last this time around.

A day after President Salva Kiir dissolved the previous government, opposition leader Riek Machar was sworn in as his deputy, an arrangement that twice collapsed in fighting during the conflict that killed nearly 400,000 people.

Kiir declared “the official end of the war, and we can now proclaim new dawn.” Peace is “never to be shaken ever again,” the president said, adding that he had forgiven Machar and asking for Machar’s forgiveness, to applause. He called on their respective Dinka and Nuer ethnic groups to do the same. 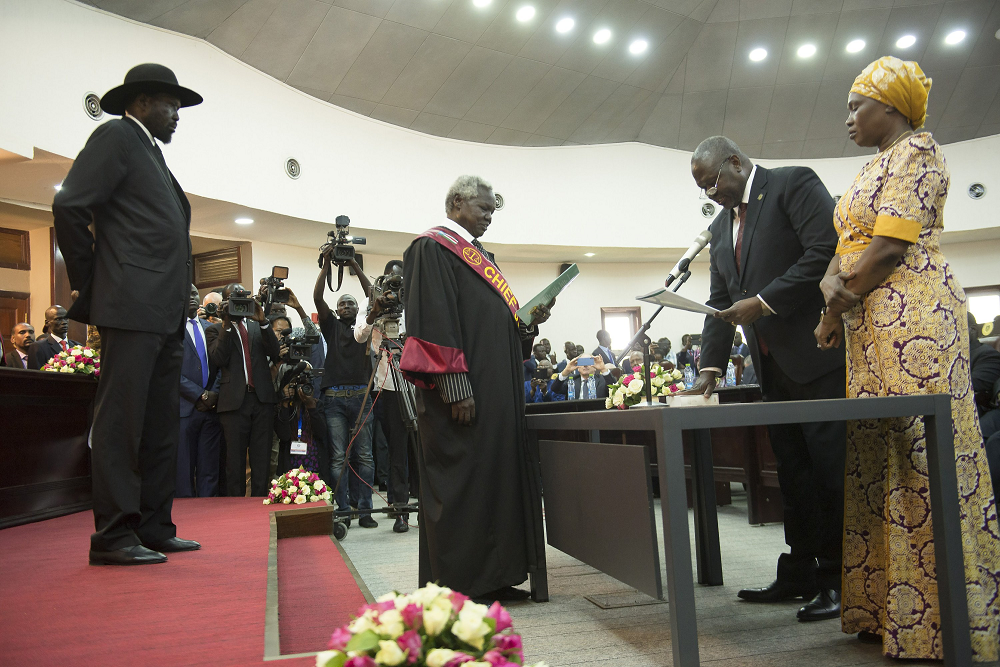 Kiir announced a “painful” decision on the politically sensitive issue of the number of states, and Machar agreed to have Kiir take responsibility for his security, they announced they had agreed to form a government meant to lead to elections in three years’ time the first vote since independence. The new unity government of the Republic of South Sudan and power-sharing within parties. 1 President, 5 Vice Presidents, 35 Ministers,10 Deputy Ministers, 550 MPs,10 Governors, and 3 Area Administrators

Hugs and applause followed Machar’s swearing-in. He vowed to South Sudanese to work together “to end your suffering.”

“While much work remains to be done, this is an important milestone in the path to peace,” the U.S. Embassy said in a message of congratulations. Kiir and Machar have said outstanding issues will be negotiated under the new government.