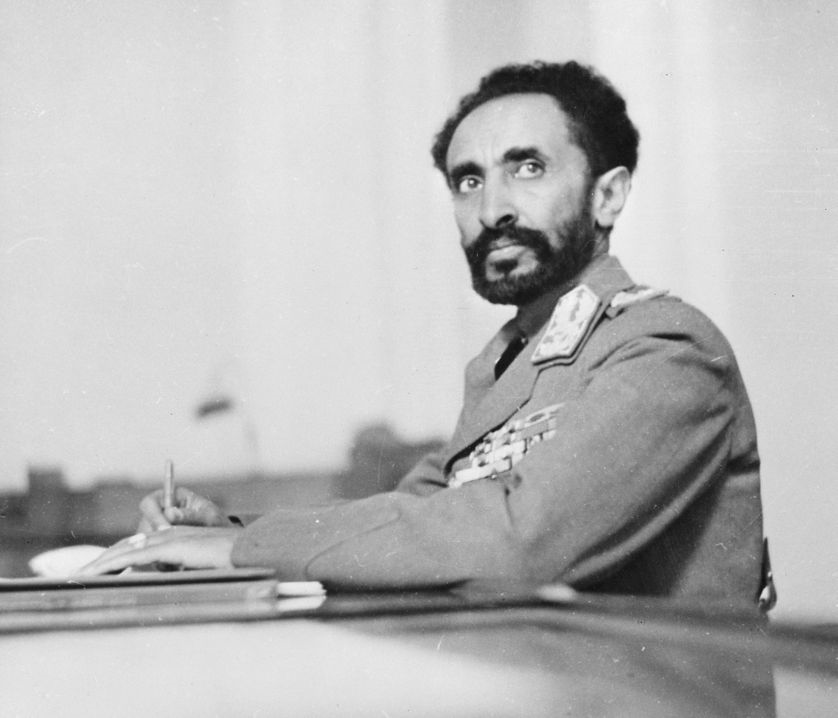 Emperor of Ethiopia from 1930 to 1974 who sought to modernize his country and who steered it into the mainstream of post-World War II African politics. He brought Ethiopia into the League of Nations and the United Nations and made Addis Ababa the major centre for the Organization of African Unity (now African Union).

Tafari was a great-grandson of Sahle Selassie of Shewa (Shoa) and a son of Ras (Prince) Makonnen, a chief adviser to Emperor Menilek II. Educated at home by French missionaries, Tafari at an early age favourably impressed the emperor with his intellectual abilities and was promoted accordingly. As governor of Sidamo and then of Harer province, he followed progressive policies, seeking to break the feudal power of the local nobility by increasing the authority of the central government for example, by developing a salaried civil service. He thereby came to represent politically progressive elements of the population. In 1911 he married Wayzaro Menen, a great-granddaughter of Menilek II.

When Menilek II died in 1913, his grandson Lij Yasu succeeded to the throne, but the latter’s unreliability and his close association with Islam made him unpopular with the majority Christian population of Ethiopia. Tafari became the rallying point of the Christian resistance, and he deposed Lij Yasu in 1916. Zauditu, Menilek II’s daughter, thereupon became empress in 1917, and Ras Tafari was named regent and heir apparent to the throne.

While Zauditu was conservative in outlook, Ras Tafari was progressive and became the focus of the aspirations of the modernist younger generation. In 1923 he had conspicuous success in the admission of Ethiopia to the League of Nations. In the following year, he visited Rome, Paris, and London, becoming the first Ethiopian ruler ever to go abroad. In 1928 he assumed the title of negus (“king”), and two years later, when Zauditu died, he has crowned emperor (November 2, 1930) and took the name of Haile Selassie (“Might of the Trinity”). In 1931 he promulgated a new constitution, which strictly limited the powers of Parliament. From the late 1920s on, Haile Selassie in effect was the Ethiopian government, and, by establishing provincial schools, strengthening the police forces, and progressively outlawing feudal taxation, he sought to both help his people and increase the authority of the central government.

When Italy invaded Ethiopia in 1935, Haile Selassie led the resistance, but in May 1936 he was forced into exile. He appealed for help from the League of Nations in a memorable speech that he delivered to that body in Geneva on June 30, 1936. With the advent of World War II, he secured British assistance in forming an army of Ethiopian exiles in Sudan. British and Ethiopian forces invaded Ethiopia in January 1941 and recaptured Addis Ababa several months later. Although he was reinstated as emperor, Haile Selassie had to recreate the authority he had previously exercised. He again implemented social, economic, and educational reforms in an attempt to modernize the Ethiopian government and society on a slow and gradual basis.

The Ethiopian government continued to be largely the expression of Haile Selassie’s personal authority. In 1955 he granted a new constitution giving him as much power as the previous one. Overt opposition to his rule surfaced in December 1960, when a dissident wing of the army secured control of Addis Ababa and was dislodged only after a sharp engagement with loyalist elements.

Haile Selassie played a very important role in the establishment of the Organization of African Unity in 1963. His rule in Ethiopia continued until 1974, at which time famine, worsening unemployment, and the political stagnation of his government prompted segments of the army to mutiny. They deposed Haile Selassie and established a provisional military government that espoused Marxist ideologies. Haile Selassie was kept under house arrest in his own palace, where he spent the remainder of his life. Official sources at the time attributed his death to natural causes, but evidence later emerged suggesting that he had been strangled on the orders of the military government.

Haile Selassie was regarded as the messiah of the African race by the Rastafarian movement.

The Editors of Encyclopaedia BritannicaThis article was most recently revised and updated by Adam Augustyn, Managing Editor, Reference Content.