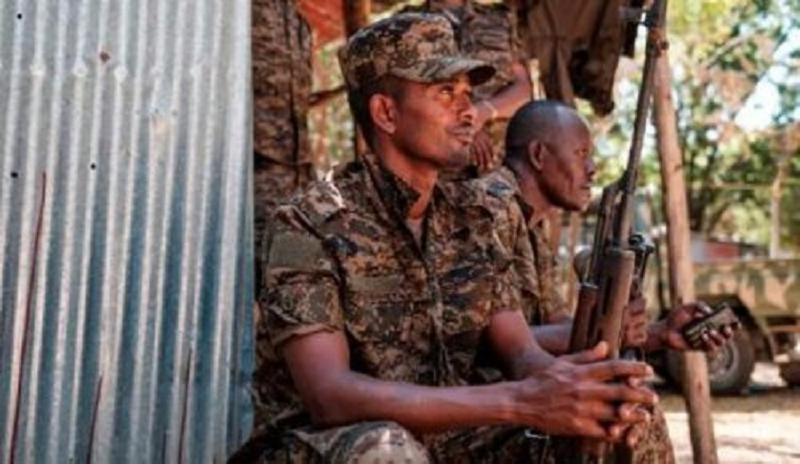 December 01, 2020 (GSN) - The Sudanese army arrested a senior Ethiopian militia leader fighting along with the Tigray rebels inside the Sudanese borders, accompanied by his family members and a huge amount of money and gold.

Reliable security sources told the Sudan Tribune on Monday that the military intelligence of the 2nd Infantry Division in Gedaref had spotted the militia commander, accompanied by dozens of soldiers and his personal protection team, along with his family in the Allaw border area in Al-Fashaqa locality.

The arrested group is suspected of being involved in attacks on Sudanese lands in the Greater Al-Fashaqa area inside the Sudanese territory. It managed to control 150,000 acres belonging to Sudanese farmers and herders in the areas of Majaj, Allaw, and Allakdi where the militia practiced widespread terror operations amid villagers, the sources said.

"The militia leader owned about five thousand acres of agricultural land in the Al-Allaw area for decades. He used to cultivate it and sell its products to the western Tigray region," the military sources said.

It further said that the Sudanese forces found in his possession about 5 billion pounds, large quantities of gold, furniture, and two luxury cars.

The Ethiopian authorities launched a manhunt on Sunday for leaders of the Tigray People’s Liberation Front (TPLF) who fled Mekelle on Saturday.

There were reports that some rebel leaders fled into mountainous areas, while others crossed into the Sudanese and South Sudanese border.

The Sudanese authorities pledged to cooperate with Addis Ababa to prevent the rebels from hiding in Sudan.

Thousands of civilians were killed and over 46,000 took refuge in Sudan after the eruption of the fighting on 4 November. (ST)