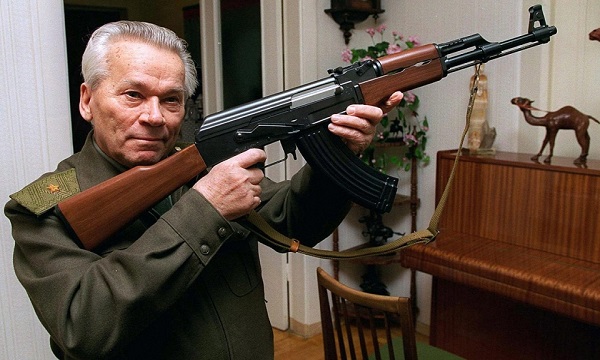 Moscow, September 22, 2017 (GSN) - On Tuesday, a statue of Mikhail Kalashnikov, the creator of the Kalashnikov rifle, was unveiled in the Russian capital.

Russia celebrates the assault rifle inventor with a dedicated monument in the capital, Moscow.

The monument was commissioned by the Russian Military History Society and was installed in time for the Day of the Armourer, celebrated in Russia on September 19.

At the military ceremony organised for the occasion, Minister of Culture Vladimir Medinsky, who also heads the Military History Society, described the Kalashnikov rifle as a "cultural brand" of Russia. Its creator was "the embodiment of the best features" of the Russian people, he said. Not everyone agreed with him. 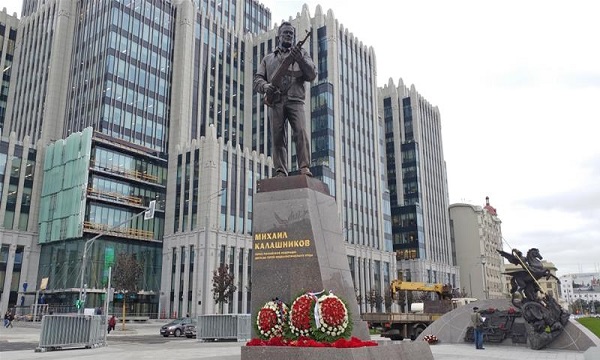 Аt the ceremony, a young man held up a poster that read, "Designer of weapons = designer of death". He was quickly taken away by the police.

Later on Tuesday, Russian rock star Andrei Makarevich wrote on Facebook: "A statue of Kalashnikov? So that's what we should be proud of. If we count how many people his weapon killed around the world, it would be millions. The AKM appeared after the war with the fascists [World War II], so then where did it defend our borders? In Afghanistan? Ukraine? Georgia? Africa?"

Kalashnikov designed "Avtomat Kalashnikova", which became the standard issue rifle of the Soviet army, in 1947 - hence the abbreviation AK-47.

Today, it is the most commonly used assault rifle in the world, widely perceived as a highly reliable and sturdy weapon.

During the Cold War, the Soviet Union not only sent shipments of AK-47s to various friendly and allied countries worldwide, but it also transferred its technology of production.

As a result, dozens of countries - from Nigeria through Israel to China - now produce variants of the AK-47 and contribute to the global proliferation of small arms, which feeds various armed campaigns around the world. 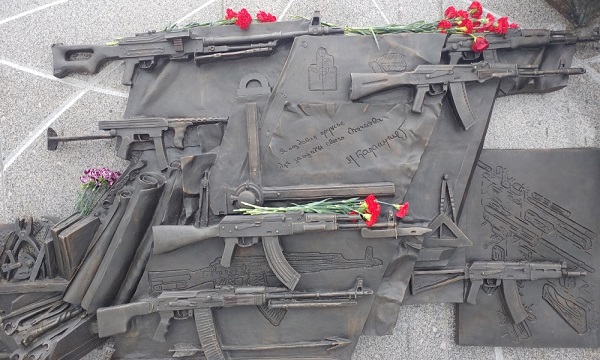 As a former Soviet satellite and a key arms exporter to Soviet allies, my country, Bulgaria, has also participated; Bulgarian weapons dealers and military officials I've talked to brag about the Bulgarian "kalashnik" being the best quality.

Needless to say, the AK-47 has also been widely used in all the ongoing conflicts in the Middle East.

It has also been part of massive transfers of weapons that the United States and its allies have carried out over the past few years and which, according to various human rights organisations, have been used to commit war crimes and grave human rights violations.

The inflow of weapons, mostly made in Eastern Europe and the Balkans, including Bulgaria, into the Middle East has created a thriving internal black market.

Today the Kalashnikov rifle makes up a small part of Russia's military exports, which are the second biggest in the world after the US'.

In 2016, Russia exported some $15bn worth of weapons (the US exported three times more), and like the US, it also sold weapons to states committing human rights abuses.

Russia's arms exports to Myanmar, for example, have recently come under the spotlight, as Moscow has refused to openly condemn the ethnic cleansing of the Rohingya.

Earlier this year, Russia along with China blocked a United Nations Security Council resolution expressing "concern" about the violence in the country.

After ethnic violence against the Rohingya escalated and demonstrations were held in the Chechen capital, Grozny, and Moscow, President Vladimir Putin condemned "all acts of violence, no matter who their perpetrators or targets are".

Russia is Myanmar's second-largest supplier of weapons after China, with $50m worth of arms in 2016.

Unsurprisingly, the Kalashnikov rifle has also been used in the various conflicts in Myanmar, and local press has even reported that an armed group has tried to replicate the Chinese variant and produce it locally.

Given the existence of so many knock-offs and variants of the AK-47, it is difficult to estimate how many units exist today around the world.

It is even more difficult to say how many people it has killed - but, without a doubt, the figure is very high.

Realising the extent of human loss his invention had resulted in, Kalashnikov wrote a letter to the Russian Patriarch Kirill shortly before his death in 2013, saying: "The pain in my heart is intolerable, [there is] one unanswerable question: Since my rifle robbed people of their lives, will I, Mikhail Kalashnikov, 93-year-old, son of a peasant, a Christian and an Orthodox myself, be guilty of their death, even if they were enemies?"

The patriarch responded that the responsibility lies not with the inventor but with those people who "use the achievements of technological progress to do evil to others".