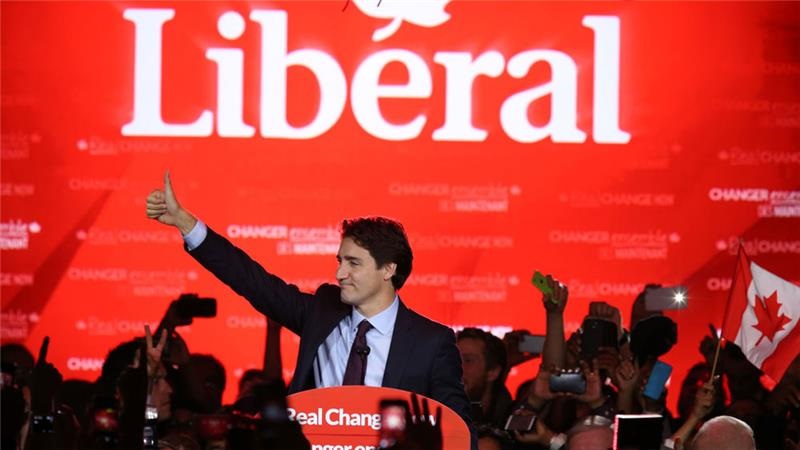 The Liberals seized a parliamentary majority, an unprecedented turn in political fortunes that smashed the record for the number of seats gained from one election to the next.

The Liberals had been a distant third place party in parliament before this election.

This rattled financial markets ahead of the vote and the Canadian dollar weakened on news of his victory.

Trudeau has said he will repair Canada's cool relations with the Obama administration, withdraw Canada from the combat mission against the Islamic State of Iraq and the Levant (ISIL) group in favour of humanitarian aid and training, and tackle climate change.

Trudeau vaulted from third place to lead the polls in the final days of the campaign, overcoming Conservative attacks that he is too inexperienced to govern and to return to the prime minister's residence in Ottawa where he grew up as a child.

"When the time for change strikes, it's lethal," former Conservative Prime Minister Brian Mulroney said in a television interview.

The Conservatives were projected to become the official opposition in parliament, with the left-leaning New Democratic Party in third.

Liberal supporters at the party's campaign headquarters broke into cheers and whistles when television networks projected that Trudeau would be the next prime minister. (Reuters)