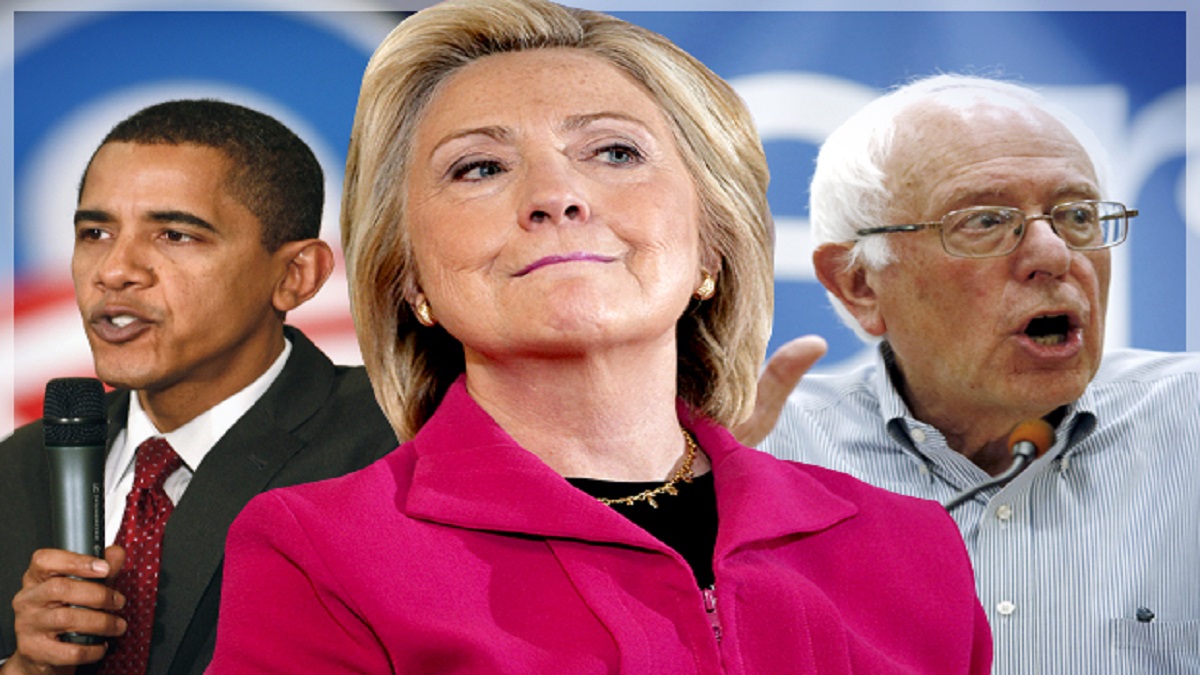 January 23, 2016 (GSN) - He's sharpening his attacks on Hillary Clinton -- and whacking Wall Street and the rich. He's boasting about his soaring poll numbers in New Hampshire and the tightening race in Iowa. And he's pushing policies that are big on vision and smaller on the details.In short, Sanders is owning his moment as the unlikely challenger who has suddenly turned a sleeper on the Democratic side into a real race. The shift to a more combative, boastful tone is tracking closely with Sanders' stunning ascent in the polls.

"Today the inevitable candidate doesn't look quite as inevitable as she did eight and a half months ago!" Sanders said Tuesday, as he kicked off a bus tour through Iowa. "If you want somebody who is going to beat Trump and going to beat other Republicans, I think Bernie Sanders is that candidate."

A new CNN/WMUR poll released on Tuesday shows Sanders dominating Clinton by nearly 30 points among likely Democratic voters in New Hampshire, a 10-point jump over the last month. It comes as Sanders has narrowed Clinton's lead in national polling and pulled neck-and-neck with her in Iowa.

And Sanders has sharpened his attacks on Clinton, not mentioning her by name, but consistently pointing out that he hasn't been paid $600,000 speaking fees by Goldman Sachs. It's a liberal dog whistle that sings Clinton.

The new CNN New Hampshire poll was conducted before Sunday's debate in South Carolina when Sanders turned in a feisty performance that had many pundits declaring him the outright winner. And a new Monmouth University national poll shows that while Hillary Clinton still leads by 15 points, she has lost ground with almost every Democratic voting bloc since December, including women, liberals and voters under 50.

Poll by poll, Sanders is emerging as the left's very own Trump -- a rabble-rouser who eschews white papers and pragmatism for visionary pronouncements and unrealistic ideas. And as Trump's opponents have found, going up against Sanders is like punching Jell-O.

"We have seen a consistent pattern, which is Hillary seen as more electable and seen as having the right experience but they love Sanders' message," said Chris Kofinis, who conducted a focus group with South Carolina Democrats during the South Carolina debate. "If Sanders gets his message out and wins Iowa and New Hampshire, then she has a problem, a major problem. Because people will pay attention, and when they do, it will move them. The question is how many?"

While his opponents offer lectures on the reality of governing and the niceties of bipartisanship, Sanders offers progressive dreams powered by people outside of Washington.

Asked in Sunday's debate how to bring the country together, Clinton spent her 60-seconds of response time citing her work across the aisle with Tom DeLay and Lindsey Graham. Sanders went straight for broad strokes and again, found his favorite Goliath.

"The real issue is that Congress is owned by big money and refuses to do what the American people want them to do," he said, suggesting that the country in fact wasn't really divided. "The point is, we have to make Congress respond to the needs of the people, not big money."

And while Sanders sounds like Obama at times -- his slogan is "A Future to Believe In" -- he is also the anti-Obama. Where Obama is professorial, cool and slow to anger, Sanders yells and gesticulates his way through debates and speeches. And while Obama often said the perfect shouldn't be the enemy of the good, Sanders campaigns on pure progressive dreams, seeing anything less as not good enough.

And like Trump and his supporters, the Sanders team has doubled down on the strategy, mocking anyone who doubts their ability to win the Democrats' equivalent of a border wall: universal health care.

With Sanders' clear momentum has come some pushback and scrutiny, notably from the liberal intelligentsia.

New York Magazine's Jonathan Chait made a detailed case against Sanders, arguing that it was dangerous for Democrats to nominate Sanders and embrace "a politically radical doctrine that stands zero chance of enactment even if they win." And a Vox.com writer argued that it was time to take him seriously. He went on to slam Sanders' health care plan as no plan at all, called his free tuition plan as "half-baked" and dubbed his Wall Street plan merely a slogan. And Ta-Nehisi Coates, the noted author who has written extensively about race, argued that Sanders has a blindspot when it comes to the subject after the Vermont senator said he wasn't in favor of slavery reparations because "its likelihood of getting through Congress is nil."

"Jim Crow and its legacy were not merely problems of disproportionate poverty," Coates writes. "Why should black voters support a candidate who does not recognize this?"

The criticism coming from liberal intellectuals dovetails with Clinton's criticism of Sanders as a candidate without a broad base of experience and expertise—her campaign is circulating a letter Tuesday from 10 diplomats that knock his ability to handle national security and ISIS.

But for Sanders and his legions of supporters, any criticism is simply proof that the hated establishment fears their political revolution and doesn't share their vision.

"The question for Democrats is this: Do you want a Democratic candidate whose vision is limited to what that candidate thinks the current Republican Congress will accept?" Sanders' campaign manager Jeff Weaver told CNN's John Berman on "At this Hour" Tuesday. "If that's what you want, you should vote for John Kasich."

Sanders is going negative in the process, calling out Clinton for taking money for speeches to Goldman Sachs as he channels some of the harsh talk of his top advisers and supporters

"As a lifelong Democrat it's kinds of nice to see two candidates in a tight race drawing sharp lines with each other while keeping it civil," said Mo Elleithee, who worked on Clinton's 2008 campaign, but is now unaffiliated with either candidate. "It was nothing like what I've seen in the past."

Polls show that Sanders still lags by 50 points among Latino and African-Americans and voters over 50, two groups that reliably turn out to vote and will make up a large share of voters in Super Tuesday states.

"Everyone wants to say he is not Obama, he is not good-looking or charismatic or a great speaker like Obama, but there is a fraying of confidence toward traditional leaders and everyone is ignoring it and praying that it goes away," Kofinis said. "If Sanders wins Iowa and New Hampshire, he could make it close in South Carolina, and potentially beat her in other states."