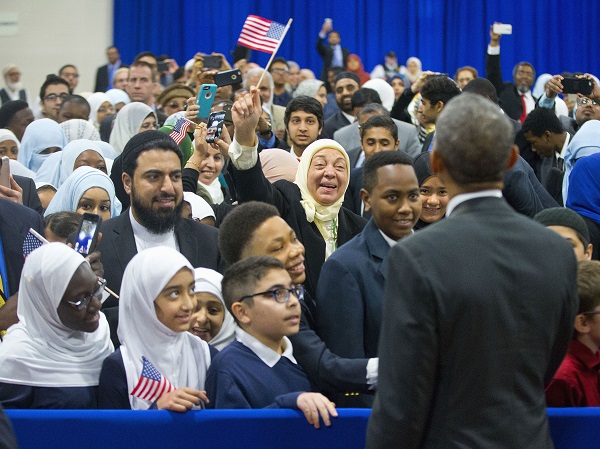 Baltimore, February 09, 2016 (GSN) - President makes historic first visit to a US mosque, amid a rise in hate crimes against the country's Muslim community.

President Barack Obama has made his first visit to a US mosque and condemned "inexcusable political rhetoric" against Muslim-Americans, amid a growing number of hate crimes being committed against members of the country's Muslim minority.

Obama arrived late on Wednesday morning at the Islamic Society of Baltimore, where the campus contains a mosque and school which takes children from kindergarten through to the 12th grade.

"So often, Muslim Americans are targeted and blamed for the acts of a few," Obama said in an address following a meeting with representatives of the community. 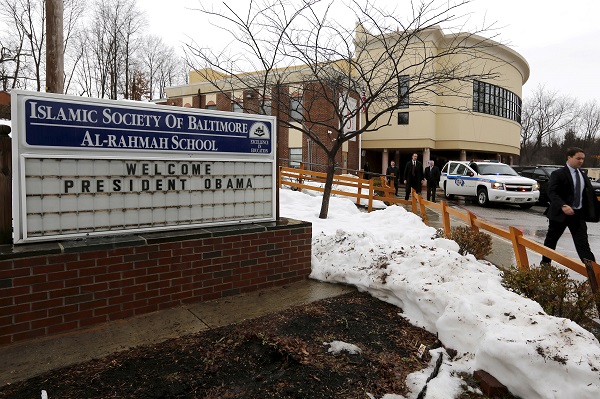 "We've heard inexcusable political rhetoric against Muslim-Americans that has no place in our country," he said, lauding Muslim-Americans who were sports heroes, entrepreneurs and members of the US military. 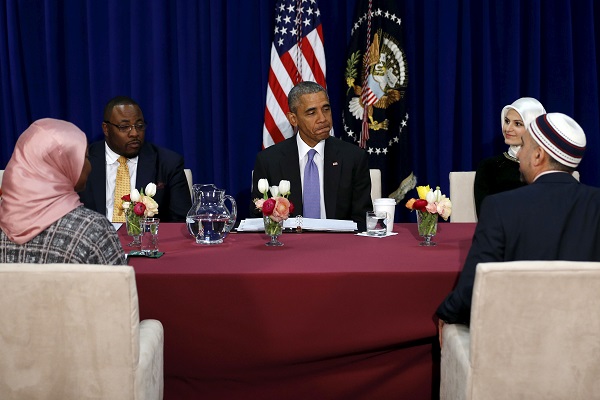 The Council on American-Islamic Relations has tracked a growing number of attacks on mosques and on individuals in the months following November's Paris attacks and the shooting rampage in San Bernardino, California, in December.