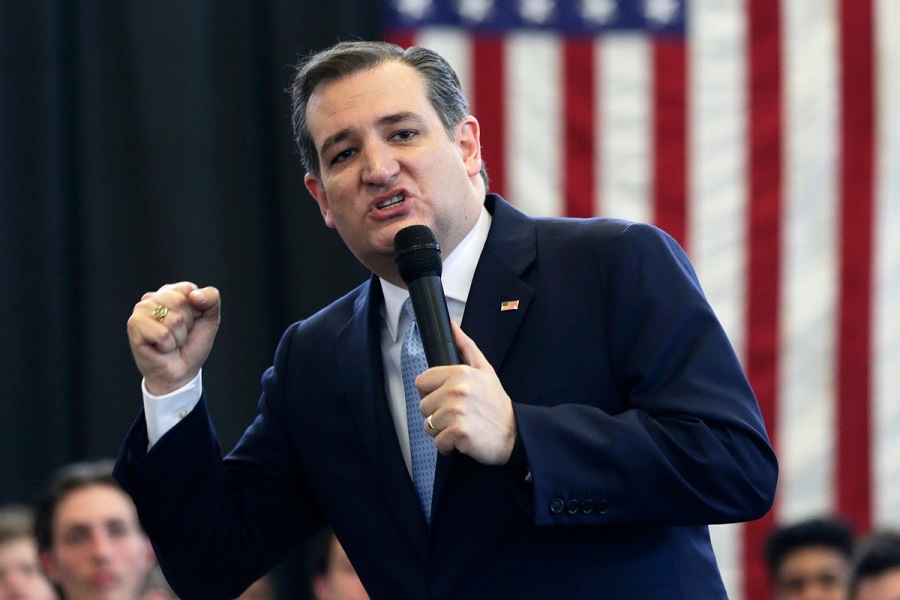 New York, April 09, 2016 (GSN) - The “New York values” issue isn’t going away, and I promise you that no one’s happier about it than Sen. Ted Cruz (R-Tex.). Cruz knew exactly what he was doing when he finally decided to attack Donald Trump on these terms, and the more Cruz gets criticized for it, the happier he’ll be.

And he is getting criticized. Even though everyone in the media agreed that in last week’s debate Trump bested Cruz by bringing up Sept. 11 as a way of proving New York’s virtue, Cruz was undeterred. When asked whether he would apologize for his slur against the Big Apple, he said with a characteristic smile after a pause for dramatic effect, “I apologize to the millions of New Yorkers who’ve been let down by liberal politicians in that state.” Cruz’s opponents have jumped in to take Trump’s side. “I’ve never used that phrase. I think we’re all Americans,” said Sen. Marco Rubio (R-Fla.). “I’m campaigning on behalf of American values. And I don’t seek to divide people against each other.” As a tri-state-area governor, Chris Christie agreed. “You want to be President of the United States, you have to unite this country,” he said. “And for him to somehow be implying that certain values are more appropriate, more American, depending upon what region of the country you’re from is to me just asinine.” It’s a nice thought, but uniting the country is for suckers. Arguments over cultural affinity are a mainstay of Republican politics, and Cruz knows that if he’s going to win, it’s going to be by traveling a path where folks don’t much like big-city Northeasterners, one that starts in Iowa and runs through the South. And that’s what Cruz is really talking about when he mentions “New York values” — not a specific issue, not liberal politics, but the idea that New York is alien, different, even threatening, and the people from there just aren’t our kind of people. When asked on “Fox News Sunday” what he meant by “New York values,” Cruz said, “I’ll tell you, in the rest of the country, people understand exactly what that is.” And he’s right. Yes, there are some Republicans in New York (Wall Street’s there, after all), but it’s a place whose values and culture really are different from those of the average Republican primary voter. That’s particularly true of Iowa, which Cruz hopes will be his springboard to victory. Republican caucus attendees are 99 percent white, mostly evangelical Christian, and extremely conservative. Many of them look at New York and see someplace they can’t relate to, not just because it’s run by liberals, but also because it’s the epicenter of urban America, a place of noise and youth and rapid change. It’s a city of immigrants and a city of minorities — more than a third of the city’s population is foreign-born, and two-thirds are non-white. “New York is like a piece of the United States that’s not exactly traditional, it’s such a mixture of all kinds of feelings, all kind of backgrounds,” one Republican voter attending a tea party convention this weekend told Buzz Feed’s Rosie Gray. “I think it’s almost too much diversity.” Those feelings are the target for Cruz’s appeal. Earlier in the campaign, Republicans tried to attack Donald Trump by saying that he wasn’t a loyal Republican, an effort that eventually culminated in Trump signing a pledge to support the party’s eventual nominee. Despite all the attention it got, the criticism didn’t dent Trump’s support, because most of the people rallying to his candidacy don’t much care about party loyalty. What Cruz is doing now looks similar on its surface, but it’s actually a deeper kind of criticism, one that doesn’t depend on any particular stance Trump might take. The attack might not work, of course. Part of the magic of Trump’s candidacy is that he isn’t like anyone else; with his wealth and celebrity, he floats above the ordinary concerns and divisions of American politics, untroubled by the details of policy and promising to make everything fantastic. But when people like Rubio and Christie start criticizing Cruz over “New York values,” it serves his purpose by moving the question further away from Trump, so that it’s just about whether Ted Cruz gets how you feel about places like New York. Cruz doesn’t need to convert Trump supporters — for the moment, it’s enough for him to win over people who aren’t supporting Trump but might be supporting another candidate. And the truth is that for all the candidates talk about unity and being a president for all Americans, the reality of geographic divisions is undeniable. Blue states are getting more liberal in their laws (raising the minimum wage, legalizing marijuana, passing gun restrictions) while red states are getting more conservative (encouraging more gun ownership, restricting abortion rights, waging war on unions). On the other hand, Ted Cruz’s home town of Houston (population: 2.2 million) has more in common with New York than with, say, Osterdock, Iowa (population: 59). But bashing the big city is an easy way to tell Republican voters, “I’m one of you.” (Washington Post) Paul Waldman is a contributor to The Plum Line blog, and a senior writer at The American Prospect.