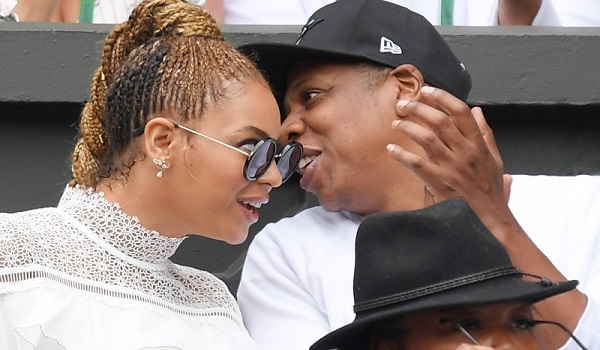 Washington, DC, August 06, 2016 (GSN) - On Friday night, President Obama is reportedly set to attend a “top-secret” dance party at the White House. The lavish event, organized by First Lady Michelle Obama, marks the president’s 55th birthday, and the last one he will enjoy as a resident of the White House.

But the two names that received top billing were none other than Jay Z and Beyoncé.

All the preparations and the guest list are being kept top-secret,” a source told Page Six. “The plan is to throw a party for the president to really let his hair down. There will be performances and a dance party that will go late into the night. Social media will be banned.”

The White House did not respond to a request for comment, and The Daily Beast was not able to independently confirm the guest list for Obama’s dance party. But the inclusion of Jay Z and Beyoncé would be no surprise: The president, first lady and music’s reigning power couple have been friends—not to mention political allies—for years.

“I’ve gotten to know these guys over the first several years,” Obama told radio host Colby Colb in late 2012, shortly before his re-election. “They’re good people. Beyoncé could not be sweeter to Michelle and the girls. So they’re good friends. We talk about the same things I talk about with all my friends.”

On the eve of election night 2008, Jay Z spoke at a GOTV rally in Virginia urging young voters to cast their ballots. It was one of several pro-Obama events during that cycle that Jay Z headlined.

“I can’t tell you who to vote for—all I can do is tell you to vote on Nov. 4, the most important election that will happen probably in your lifetime,” the rapper said. “Rosa Parks sat so that Martin Luther King could walk. Martin Luther King walked so that Obama could run. Obama’s running so that we all can fly … I can’t wait until Nov. 5 and I’m going to say, ‘Hello, Brother President.’”

Their relationship continued into the president’s first term, which included Beyoncé and Jay Z stopping for a tour at the White House in 2010. The couple, along with a small entourage, were treated to a special visit to the White House Situation Room.

During Obama’s 2012 campaign, the couple was there for Team Obama at basically every turn. When the president finally came out in support of gay marriage, Jay Z was there to back him up.

In September 2012, Beyoncé and Jay Z threw a high-profile fundraiser at Jay Z’s 40/40 Club in New York City. The private event ending up bringing in $4 million for the president’s campaign war chest.

“Beyoncé couldn’t be a better role model for our daughters because she carries herself with such class and poise and has so much talent,” the president said at the club. “[Jay Z and I] both have daughters and our wives are more popular than we are. So, you know, we’ve got a little bond there. It’s hard but it’s OK.”

The two couples maintain close ties to this day. (Jay Z has even claimed that he “texts” with President Obama, a claim the commander in chief has denied.) For Michelle Obama’s similarly celeb-packed 50th birthday celebration in 2014, Beyoncé attended and performed. At the time, The Washington Post reported that she was “quickly becoming a fixture at all major Obama milestones.” And earlier this year, Beyoncé, Jay Z, and Blue Ivy made a surprise appearance at the White House’s annual Easter Egg Roll.

As for the woman who might be the country’s next Democratic president, Beyoncé and Jay Z have already shown their support, and donated money, for Hillary Clinton. However, it is unlikely that any friendship forged between the Clintons and the Carters could be as strong as the one the musicians currently enjoy with the first family.

I can’t tell you how proud we are to host tonight’s [fundraiser] with President Obama,” Beyoncé said back in 2012. “We believe in his vision.”