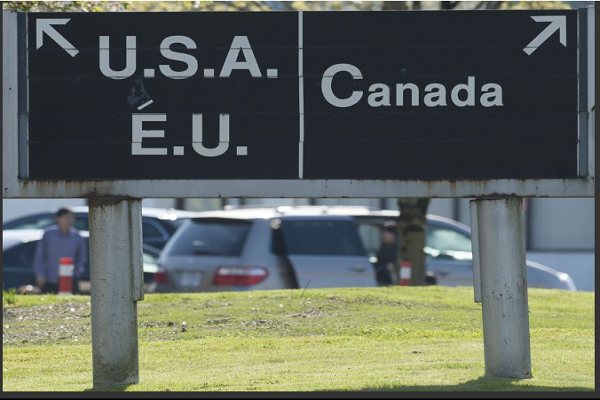 Edmonton, November 10, 2016 (GSN) - Now that the unthinkable for many Americans has happened and Donald J. Trump has won the U.S. presidency,

the number of people considering moving to Canada is rising dramatically.

Leave aside the fact that the Canadian government’s immigration website crashed during the election Tuesday because it received so many queries from Americans. That also happened earlier this year as British voters unexpectedly voted to leave the European Union.

Wednesday morning, Vancouver immigration lawyer Steven Meurrens said he was already fielding calls and e-mails from Americans wanting to know how to immigrate to Canada. And if Trump follows through on plans to unravel the North American Free Trade Agreement, it could also affect American or global companies operating in Vancouver for close access to the U.S. market, he said.

It’s not just Americans on the other side of the border who are examining their options. Vancouver lawyer Max Reed, who specializes in U.S. tax law, said he expects many Americans in Canada who are dual citizens will decide to renounce their U.S. citizenship.

“Mr. Trump represents certain views that some people find troubling, and this may push them into renouncing their citizenship as a political act,” Reed said. But doing either — moving to Canada or giving up U.S. citizenship — is fairly difficult and expensive.

Americans wanting to move to Canada can do so under several options, according to Meurrens. The easiest way would be to apply for a work permit for certain jobs that qualify under NAFTA, as long as it is in place.

“So any American eligible under NAFTA can come up and get a work permit pretty quick. But that, of course, is something that Trump has specifically campaigned on changing,” Meurrens said. “That and the TPP (Trans-Pacific Partnership) being dead are the biggest possible implications for Americans who want to come here.”

The second way would be to apply under Canada’s economic immigrant program, which targets professionals and skilled labourers, from computer experts to university professors to food service managers. On this front there is marginally good news, Meurrens said, since the Trudeau Liberal government has increased the target for 2017 to 172,500 people. Independent business people can also invest in a business as long as it makes economic sense, he said.

The third way is to marry someone who is a Canadian. So far there isn’t any cottage industry offering matchmaking with eligible Canadian men and women. To become a Canadian, one has to live here for four of six consecutive years after being given immigrant status.

Even if an American comes to Canada, lands a job or a spouse and becomes a Canadian, he or she would still be required to file U.S. tax returns on worldwide income. If one wants to renounce being an American, he or she still has to have another citizenship, be current with U.S. taxes for the last five years and pay exit and accounting fees that can add up to $5,000 or more, Reed said.

Meurrens said the bigger question will be about the effect of Trump’s changes to NAFTA on what he called “the dreamers” and undocumented immigrants.

“I don’t believe a lot of liberal Americans are going to move north. I don’t see any laws that Trump will pass that would be that severe that would cause people who wouldn’t move under Bush to move under Trump,” Meurrens said.

Still, the lure of escaping America for Canada is real. BC Green Party leader Andrew Weaver said he had already received one request from a U.S. academic colleague asking for a letter of reference because that person was considering moving in the wake of Trump’s victory.

Of course, this isn’t the first time that jittery Americans have threatened to move to Canada in the wake of an election.

“Every election that happens,” Meurrens said. “We had people after (Barack) Obama was re-elected calling and saying they didn’t want to live in a country anymore where the government might dictate their health care and whether they had guns. We had to say we’re happy to represent you, but you might want to research the country you’re moving to a little more.” But this time, the inquiries feel different, he said.

“This seems a little more sustained, though. I guess they are just trying to hedge their bets.” Even before the election, American voters anxious about a Trump presidency mused about moving to Canada.

Quartz magazine cheekily pointed out reasons why a person might want to reconsider, including “Netflix sucks,” “there’s no Target in Canada,” higher unemployment and Canada’s own challenges with minorities and racial profiling.

It also said Vancouver, with its ocean, soaring mountains and skiing, has “one big problem” — low wages, high real estate prices and a zero vacancy rate of which made it tough to live here “unless you have the cash to reside in someplace like Vancouver’s Trump Tower.”

Job-finding website Indeed.com said that just after Trump won the election Americans were searching for jobs in Canada at 10 times the rate of previous nights. “For many Americans, the election result was such a shock that many are imagining a way out,” Jed Kolko, chief economist for Indeed, said in a statement. “Of course, it’s far too soon to guess how many of these searchers will make a move after the shock wears off. But the jump in searches shows how many Americans were surprised by Trump’s victory and are thinking about their options elsewhere.”

jThis email address is being protected from spambots. You need JavaScript enabled to view it. @ Edmonton Journal