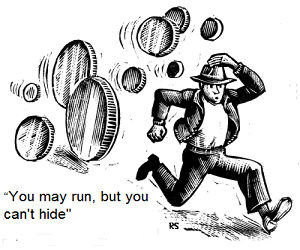 January, 12, 2013 (GSN) - When people kept quite the leadership of the so called “Gambella Democratic Congress Party “thought that they were doing the right things for the Anuaks.

Nobody has ever told them before that what they have been doing was not correct. They were deceiving the whole Anuaks as they were the only well talented fellows who were devoted for the benefit of the Anuak people. As the saying goes, somebody can deceive people for some days, but not for all the times.

I think the time has come for the Anuak people to see the true colors of Mr. Opamo and Mr. Abulla. I thought these guys were doing politics which are based on concrete ideas. It was strange to see them that they couldn't raise issues with substance when they come to public to present what they have thought would be beneficial for the society. I was really surprised to see them raising the issues which are not expected from the people of their statures. I felt sorry for them because they look like they are struggling to catch up. What a shame!

I felt so great, though, to see Opamo and Abulla shattered, devastated and annoyed with my arguments. They could not forward any tangible issue for the benefit of the readers as they were raising trivial issues to attack me personally. I am so happy for the fact that people have got a chance to see the existing big gap between us. While people are going ahead with modern thinking, they are raising the ideas of two centuries ago which are out dated. I felt like I was wasting my time arguing with them. It is worthless to deal with the people who have no any iota of wisdom, credibility and capability with them. I would like, therefore, to inform my readers here that this will be my last encounter with these sorts of old guys who are good for nothing. Finally, I would like to pass my heartfelt and sincere thanks to all my readers for taking their times to read my articles. May God bless you all.

Cham Ugala Uriat can be reached at This email address is being protected from spambots. You need JavaScript enabled to view it.