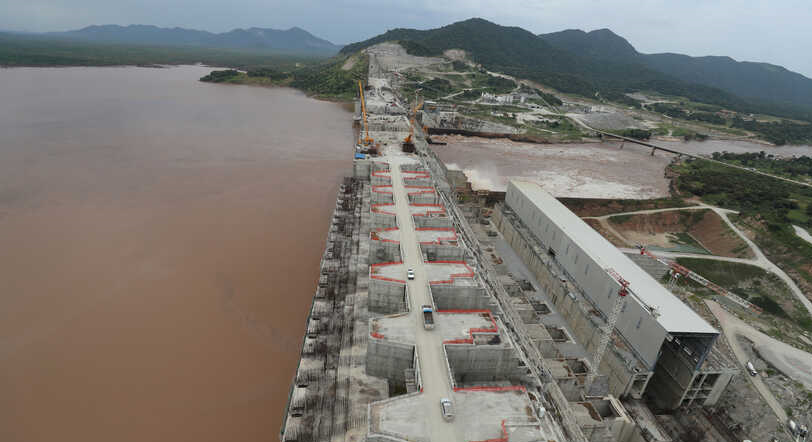 May 13, 2020 (GSN) - The Sudanese Ministry of Irrigation and Water Resources announced, that Sudan rejected an Ethiopian proposal to sign a partial agreement to fill the Renaissance Dam Lake, which is expected to start next July.

The statement added, “I consider that the signing of any partial agreement for the first stage cannot be agreed upon due to the presence of technical and legal aspects that must be included in the agreement.”

The statement quoted Hamad Saleh, Sudan’s chief negotiator, as saying: “Most of the issues under negotiation, the most important of which are the coordination mechanism, data exchange, dam safety, and environmental and social impacts are closely related not only to the first filling, but to all stages of filling and long-term operation, and therefore cannot be fragmented.”

In his message, Hamdock stressed his position on reaching a tripartite agreement between Sudan, Egypt, and Ethiopia, stressing that “the way to reach a comprehensive agreement is the immediate resumption of negotiations.”

In 2011, Ethiopia started building a $ 6 billion Renaissance Dam on the Blue Nile, the main branch of the Nile. The dam raises the concerns of Sudan and Egypt in terms of affecting their supplies of the Nile water.

Since that date, the three countries have entered into negotiations to agree on limiting the impact of the Ethiopian dam on both Sudan and Egypt.