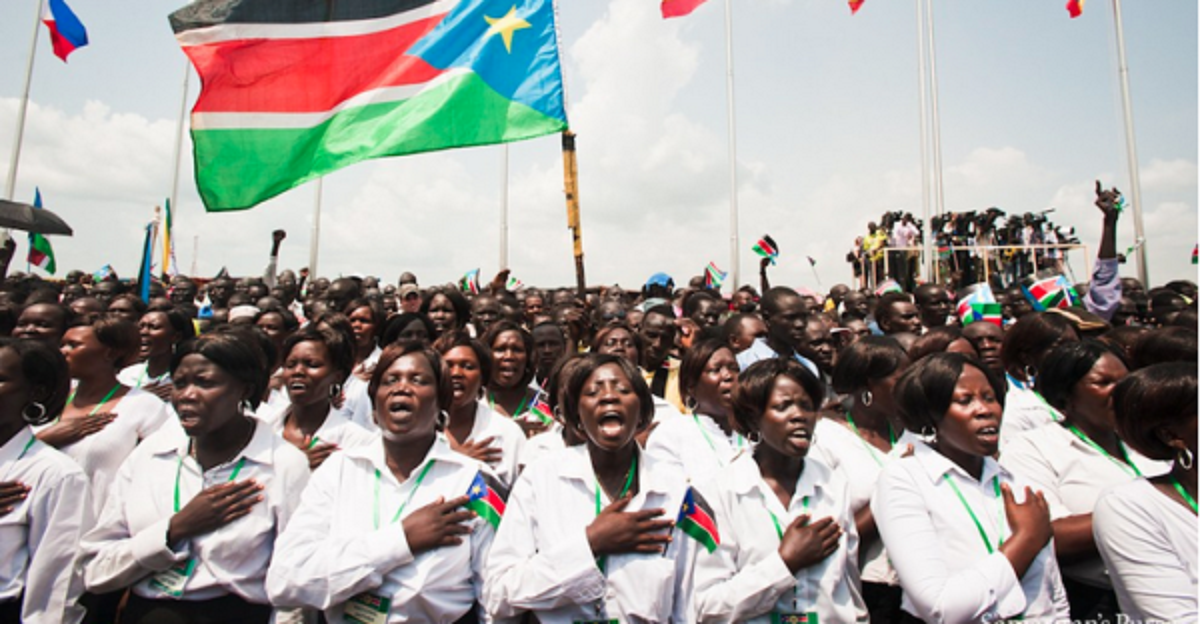 January 04, 2016 (GSN) - Since the birth of humanity, women have played central roles in the establishment, the survival and the strength of all communities and societies around the world. History is a testimony to the positive presence of women from all walks of life, colour, shape ethnicity, creed and education.

“The worst sin towards our fellow- creatures is not to hate them, but to be indifferent to them. That is the essence of inhumanity” George Bernard Shaw.

The fact that women are created physically weaker than men does not diminish the truth that they are intelligent beings capable of bringing fresh ideas and change. Their different approach to problem -solving and the fact that they are the opposites of males in general tends to compel people to negotiate all avenues that can be explored in any difficult situations before taking important decisions. The value of women in any society is a measure of its civilisation because “If you educate a man you educate an individual but if you educate a woman you educate a nation” (Famous saying by Dr James Emmanuel Kwagyir-Aggrey). No wonder we are lagging behind every body in this universe due to the low position women are boxed in.

Worldwide, the South Sudanese woman have played a pivotal role in helping people in and around the country through lobbying, raising money for charities and founding different charities in the wake of the long civil war in Sudan and currently South Sudan. This fact should be appreciated and women should be recognised for the great jobs they are doing in keeping many people alive and many youths receiving education.

Unfortunately, traditionally and culturally women in South Sudan have always played a secondary role to men. This tradition, which suits the men, is entrenched in every ethnic culture and has nowadays become a deciding factor in government institutions and policy making. This has been such a dominant culture that women now genuinely think that they are of lesser importance to men and some women have played a major role in entrenching this false practice further and are actively supporting men to execute such beliefs and customs which is nicely packaged as “culture”. Culture is good as long as it does not curtail human rights and encourage abuse. We the women should be the people to question acts that are harmful and demeaning to us and which we are forced to accept because they are perceived to be our “culture”. Who invented this culture after all? Did men, to make themselves own women and control them, not invent culture? Is this acceptable in this day and age? Women should demand to be equal to men in the eyes of society and the law. No one can bring this change other than women themselves. In the Western World women were in the same position as South Sudanese women nowadays but they started to fight for their rights. This is why they are in the position they are now. They have never stopped their fight for equality up to date. We, the women of South Sudan are part of the women network worldwide. We have to emulate other women and fight for our rights as well. Men will never give women their full rights unless they demand for it.

Women’s position in South Sudan is “dire” to say the least. More often than not women find themselves in hostile, male-dominated environment and have to back down in corners. This is now happening in government and other institutions round the country. There is a number of women (? 25 %) in the National Legislative Assembly and much less in State Assemblies around the country but unfortunately they have accepted the fact that women should be given minor or secondary roles and they have not challenged the fact that powerful roles such as Ministry of Health, Finance, Education, International affaires etc. are never offered to women. The fact that so far men have shown nothing but incompetence, lack of accountability and kleptocracy should have been a strong ammunition for women to challenge the President and his cohort who have proved to appoint people based on tribalism, nepotism and cronyism. This is unacceptable in this day and age and this is why there is rampant corruption, lack of accountability, lack of security and absolute anarchy and mayhem in the country.

When IGAD- Plus stepped in to broker the Compromise Peace Agreement, which is farcical right from A-Z due to the fact that the two men who plunged the country into a state of perpetual war and killed thousands of innocent people, mostly women and children are now the main players in the game! Maybe that is why it is called the “Compromise” peace agreement. This peace agreement is proving to appease 2 out of 64 tribes, therefore keeping everybody else in the cold. The people who have been good and have done absolutely nothing wrong are being penalised by this agreement. In the process they are keeping a very important entity out in the cold and this is the WOMEN who make 2/3 of the total population of South Sudan and who are the backbone of this beleaguered nation’s survival.

Yes indeed war has always been created by men and the women suffer.

South Sudanese women round the world have a high degree of cadres from all professions, ages, experiences and skills but the men are keeping them well out. The few women in government are now ‘doctored’ to think and behave like men. I am afraid some of the top women in government are nothing but “ men- in -skirts” This is because they, act, speak and behave like the men they are serving and follow their twisted agendas. Such women are not working for the good of women but for the good of corrupt men around them. Such women, who hold important, life- changing posts, have seriously reduced the presence and voice of women in the government. Many women around the country and in the diaspora are angry and rightly upset as they see this fact as destructive and detrimental of women’s image and credibility.

We want honest, credible, clean women who speak for the good of all women in South Sudan, regardless of ethnicity, colour, creed or political affiliation. We want women who are fearless because of their belief that what they are doing is right for their fellow human beings and women in general. During this current civil war it was the women who have been targeted, raped, tortured, killed, burnt, drowned, widowed, orphaned, bereaved, robbed, butchered and humiliated by men. Till today these men remain unchallenged by women in government. If men think that they are physically strong then why pick on women and children?

In my father’s time during the Anya-Nya civil war men never touched or hurt women or children. Instead they protected them. Now the modern man of South Sudan who calls himself a “Liberator” uses rape, torture and killing of innocent women and children as a strong weapon of war. The AU report is a strong proof to what took place during a short period of time, leave alone what happened from the birth of the SPLA/M in 1983 up to date. The systematic and inhumane abuse and atrocities against civilians, particularly women have been written in all the history books, journals and newspapers by people round the world. This is why IGAD PLUS, which has brokered the Peace Agreement and especially HE Festus G Mogae the Chairman of the Joint Monitoring and Evaluation Commission (JMEC) have to re- evaluate and reconsider how this peace deal will be implemented because if it is an All men TGoNU then we might as well start looking for shovels to dig a final resting place for South Sudan.

The Transitional Constitution 2011 amended 2015 says that women should be represented at least 25% in Government. This is a dirty ploy to limit the presence of women in government. Why should women be represented by 25% instead of at least 50%? On what criteria did they base this rule? The people who wrote the Constitution should be challenged. Why should women be allocated that meagre percentage and the men left with a potential 75% or more? Is this not an injustice to women who make up 70% of the total population of South Sudan? The people who wrote that archaic and obsolete statement should have asked themselves “Is this in itself not a potential discriminatory loophole?” Has it been proven that the men that have been selected to lead the government have better credentials to manage the country than some of the South Sudanese women round the world? The very fact that this government has failed miserably in every capacity proves that men are not better than women in running the country but that if women were given the chance they would have done a much better job.

The appointment of 28 ALL MEN governors of South Sudan by President Salva Kiir’s decree is a living symptomatic testimony to what is wrong with this ailing outcast called South Sudan. As long as South Sudan is ruled by a group of gerontocrats who have made no bones about raising the banner of Kleptocracy, Tribalism and Hegemony high in the sky we will see no change even if they change the name of the current decaying government into “Transitional Government of National Unity.”

In conclusion I want to take off my hat to the very few women in government who would like change for the better but find themselves outnumbered and outgunned by a group of belligerent and hostile males. These women can face terrible reprisals, amounting to killing if they raise their voices. We know that there are some women who have been given ministerial posts but still face a system, which is based on paternity, bullying, cronyism, sexism and discrimination. Let these women hang there and know that we the women in the diaspora will not keep quiet but incessantly and constantly raise this issue with governments and international communities round the world until we see change in the New Constitution and people’s behaviours and attitudes.

I will share this quote, which has resonated with many women round the world:

“There is no such thing as being non-political. Just by making a decision to stay out of politics you are making a decision to allow others to shape politics and exert powers over you; and if you are alienated from the current political system, then just staying out of it you do nothing to change it, you simply entrench it” Joan Kirner at Women into Power Conference – October 1994.