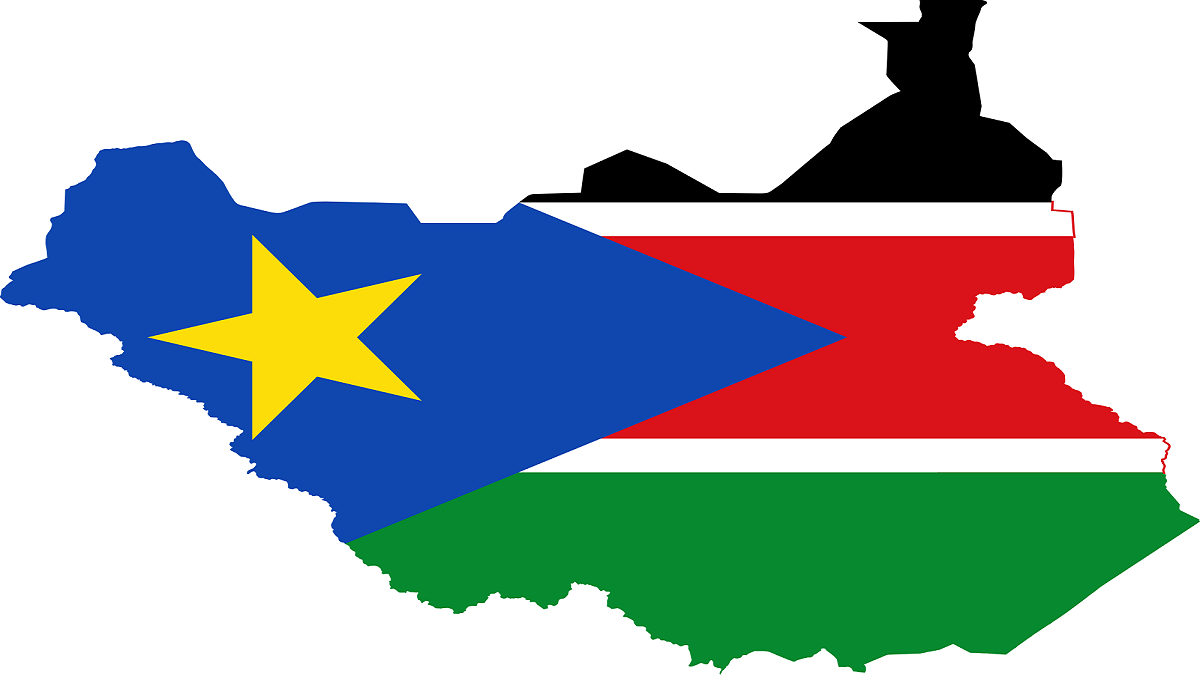 Juba, January 10, 2016 (GSN) - It is with carelessness that our country left many children out of the school system in South Sudan, especially young girls, most of who aren’t educated beyond the 6th grade level in which Minister of Education should be blamed and held accountable for this. These young girls are more likely to be married at a tender age, at a time when they should still be in school. We have heard so much about war in the past months and years, but we have yet to hear more than a whisper about the small number of girls who have completed the 8th grade.

Over the last few months, we haven’t felt any seriousness about this issue from the First Lady – mother of our country. With regards to the ongoing war in the country, she has said, “Our people have had enough death and they are tired of war.” She shared such words to help establishing a unified objective for the country. But while this is quite a powerful message from the First Lady, I am troubled and disappointed by how the First Lady downplayed our country’s responsibility to rescue children affected by early marriages, forced marriages, death during childbirth, and other related issues. She has not said anything in disapproval of the aforesaid problems. I am outraged by the idea that children are dying on the daily basis without her intervention.

With that in mind, this social issue needs someone to take a proactive stance, and the right person must be the First Lady, Ayen Kiir Mayar. Along with the Minister of Education, she must push for changes to South Sudan’s laws in order to bring sincere meaning to the state of childhood and to protect the rights of children. Also, NGOs such as Save The Children and UNICEF will continue to do their part as always, but our duties as citizens must come first. As far as I am aware, she has done nothing in this particular area. Now is her chance to deal with early marriage issues and demand education for girls in the country.

Think about this startling discrepancy for a minute: None of the President’s children, mostly girls, were married before their 18th birthdays. So why isn’t this a uniform standard throughout the entire country? If First Lady mama Ayen wouldn’t allow her own daughters to be married off early, she must uphold that standard for everyone. All children are the same, whether skipping rope in their compound or suffering in pain. To date, South Sudan’s First Lady has not acted like any other First Lady in any other country. I know our First Lady is a fighter, so I would like to see her at the frontline on this subject matter. Recently, a Kenyan First Lady was pictured with a South Sudanese student by the name Athok. I would like my own First Lady to embrace that sort of enthusiasm and engrain hope into young girls like Athok.

I understand that we are a new country with many challenges, but that should not prevent the First Lady from helping the country accomplish vital goals. If you were to ask, “What does the First Lady do for a living?” the answers would vary, but one answer stood out to me—she is the President’s wife. To many of us, mama Ayen is the mother of many children in the country, so a lot is expected of her, and indeed, helping young girls enroll and remain in school should be on the top of her to-do list. Of course, she is not cooking for the President, nor is she cleaning his clothes, so what are her duties, really? She has been afforded a powerful position in the country, and it is her duty not to neglect the needs of her people. I am asking you, Mama Ayen, to get out among the people, to solve problems with regards to the endangerment of children, and to find ways to prioritize school for young girls in the country. It is widely known that many of South Sudanese generals and ministers don’t understand laws regarding children and education, and so you must be the advocate of the voiceless.

Your efforts will help people to recognize the importance of equal education in South Sudan. You and I know that the uneducated or less educated members of our population can become a burden to their families, and in terms of your girls, they can become even more vulnerable in the process of becoming new mothers. There is no benefit that can outweigh their sacrifice. The girls are very innocent, and have no way to resist the threats imposed on them when they refuse to abide by traditional values. Right now, their only chance at a brighter future is equal access to education, and the improvement of the education system solely rests on people who are supposed to make a difference in the lives of young girls, such as yourself, mama Ayendit.

Despite all of the difficulties that those young girls endure when they are married off at a tender age, many of them luckily make it through and become mothers. Tragically, many others die in childbirth. In determining our country’s future direction, the Minister of Education must take into account the lives of so many children destroyed much too early. It is crucial that South Sudan relinquish these habits of forcing young girls into unwanted marriages, while transforming the education system. The development of the education system will help alleviate the struggles of many girls who are desperately in need of better intervention.

You and I are both aware that we are not the first country to come out of the coma of civil war only to fall behind in prioritizing education for all children, irrespective of their gender. At the same time, we are not trying hard enough to education by even the smallest measure. In certain societies, like South Sudan, girls’ fates are controlled earlier in life rather than later, but marrying young girls to significantly older men has a strong chance of destroying the self-esteem of those girls. This cycle has continued for generations, so any girl born into this culture adapts to these standards of behavior early in their lives. A girl or a woman with such low self-esteem is more likely to accept submission, and such behavior is then expected of every woman in those kinds of cultures. But that isn’t always the case for a child who knows her worth in long run, and no girl should have to prove her own worth or fight for the mere opportunity at a different future than that of a child bride.

Now, Ayens like yourself are known to be hard workers, thinkers, and strong women, fighters, so why are you showing your weakness as a First Lady, Mama Ayen when we know you are a fighter? You must do something better in your capacity as a country’s mother. Your time is now, and your work must come now. We must give the equal distribution of education a chance in order to encourage the real development and progress that we talk so such much about. If we never start the change, we will never reap the rewards. Right now, many young girls are hoping to achieve their ambitious in a country known to offer some mobility, but their lack of education is holding them down.
At present, half of the population of young girls in South Sudan are absent from school; most of those missing are no longer able to attend or no longer see the need to attend after they are betrothed or married. However, the system is only paying attention to the unsuccessful execution of current rehabilitation efforts, instead of fixing the much larger education problems within their reach. First, we must enable and encourage all young girls to go to school, then we can worry about the semantics of the system itself. The world is not convinced about our progress with education, and therefore, we must invest more time and money in the future of the country rather than in a tribal war.

This is where you come in, mama Ayen. You are in the position to ask H.E. President Salva Kiir to fund schools for girls. Moreover, you can argue in favor of a legal age when girls can be married—only after they have had an opportunity to complete their education (18 birthday). One of the more conspicuous flaws of the forced marriage and early marriage of little girls is that they are incapable of handling the chores of their own families, let alone of taking care of children of their own. As various NGOs have argued, South Sudan is one of many nations that are behind in closing the gender gap in education, especially Millenniums Development Goals (MDGs). There are a number of reasons—insecurity, forced marriage, the failure of leadership within the education system, and the lack of better schools—that affect our country’s ability to focus on educating girls.
It is obvious that security and corruption are being blamed for the obstruction of the country’s education system, which had almost stood up on its own feet before the civil war. However, the aforementioned problems aren’t the only major issues that are affecting girls’ education, which is largely disregarded in favor of early marriage. It has been suggested by a number of researchers that closing the gender gap in education will eventually help South Sudan address the overarching education problems and the economic issues among women, and it will significantly decrease death during childbirth. In short, closing the gender gap in education is the only escape from repeating the failures of the past.
Others are suggesting that the problem in South Sudan’s education system is the lack of administrative elements and under-staffed schools. Both issues have certainly weakened education throughout the entire country, and those are only a few of the problems. Still, I find it disgusting and unacceptable that early marriage is mistakenly ignored as the root of the problem, when in fact it is one crucial factor that has dismantled the livelihoods of many children. We can only expand and develop the schools if South Sudanese people stop using children as their wives and start building schools to educate those young girls instead. At the moment, many marriages between young girls and adult men are untraceable and undocumented. This itself is a tribulation that hinders our ability to enroll girls in school, since often, we do not even know they are married until it is too late. By then, the young girls have lost what few rights they had. In spite of the outcry for change, the Minister of Education continues to let us down when he knows he can do better. Many other leaders have failed to step up, assume their leadership roles, and address early marriage and other education issues within their reach. So now we turn to you, our First Lady, and ask you to join the fight against child marriage. We need you now more than ever.

This article was written by Deng Kur Deng, AKA, Raanmangar. You can reach him at: This email address is being protected from spambots. You need JavaScript enabled to view it.