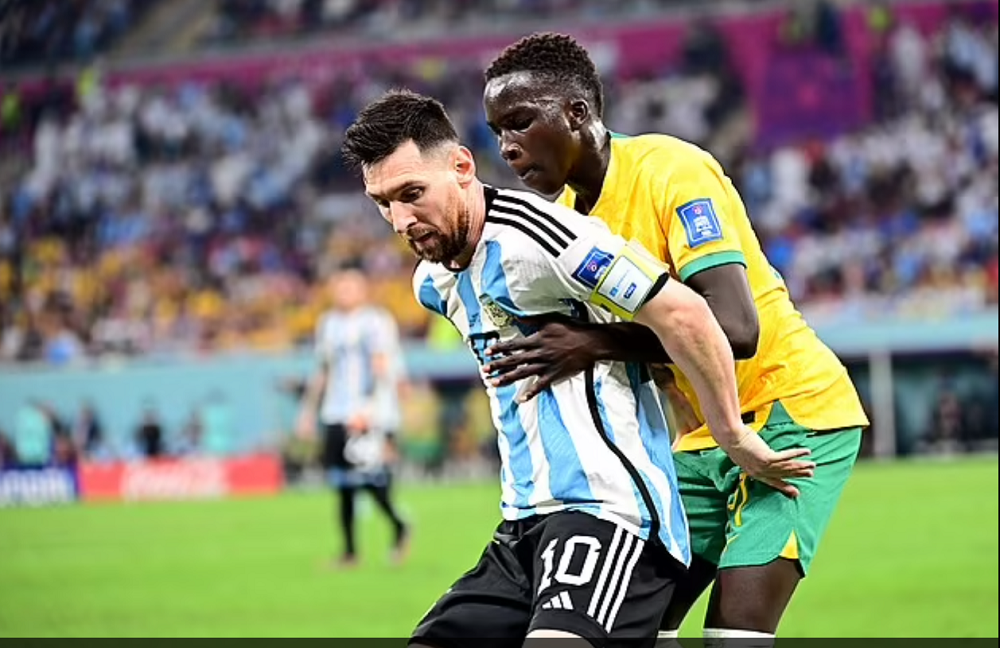 South Sudanese Aussie from the “Land Down Under”,18-year-old Garang Kuol had a late chance for the Socceroos making only his third-ever international appearance. His late shot was brilliantly saved by Argentina custodian Emiliano 'Dibu' Martinez, otherwise, it would've been a sensational equalizer.

While it ended in disappointment for Kuol and the Socceroos, the teenager did create a piece of history, becoming the youngest player to play in a knockout round match at the World Cup, at the age of 18 years, 79 days, since the legendary Pele who was 17 years, 249 days old when he led Brazil to victory at the 1958 World Cup.

His brilliant performances at such a young age earned lots of attention, and have now gained him a move from the A-League to the biggest league in the world. 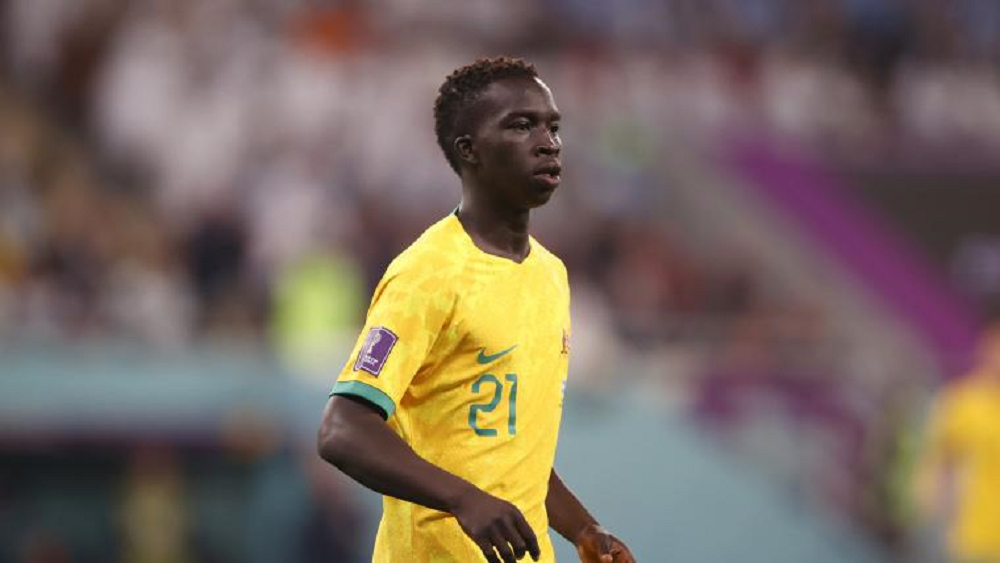 Garang Kuol is one of Australia's breakout stars who has experienced a meteoric rise in the last 12 months. He was born in Egypt to South Sudanese parents, and he and his family migrated to the Australian state of Victoria in 2006.

Three of his brothers are footballers, with his oldest brother Alou currently playing in Germany, and he played football locally in Victoria before being signed by Australian A-League side Central Coast Mariners at the age of 16.

After playing for Mariners' youth side, he broke out in the 2021/22 season, scoring five goals in just 12 games as the plucky underdog Mariners made an unlikely run to the A-League finals.

Calls for Kuol to be included in the Australian senior team began as the side played their crucial World Cup qualifiers in 2022, and while Arnold initially resisted the urge to select him in those matches, Kuol was later selected for two friendly matches against neighbors New Zealand.

After sitting on the bench for the first match, he was introduced as a substitute in the second game with the Socceroos leading 1-0, and his impact has almost immediate.

From his own box, he embarked on a marauding run down the right flank past the New Zealand defense and crossed for his Central Coast teammate Jason Cummings. Although his shot was blocked, it was blocked with a hand, leading to a penalty.

Cummings converted the subsequent penalty attempt to seal the game for Australia, and the plaudits rained down on Kuol on his international debut.