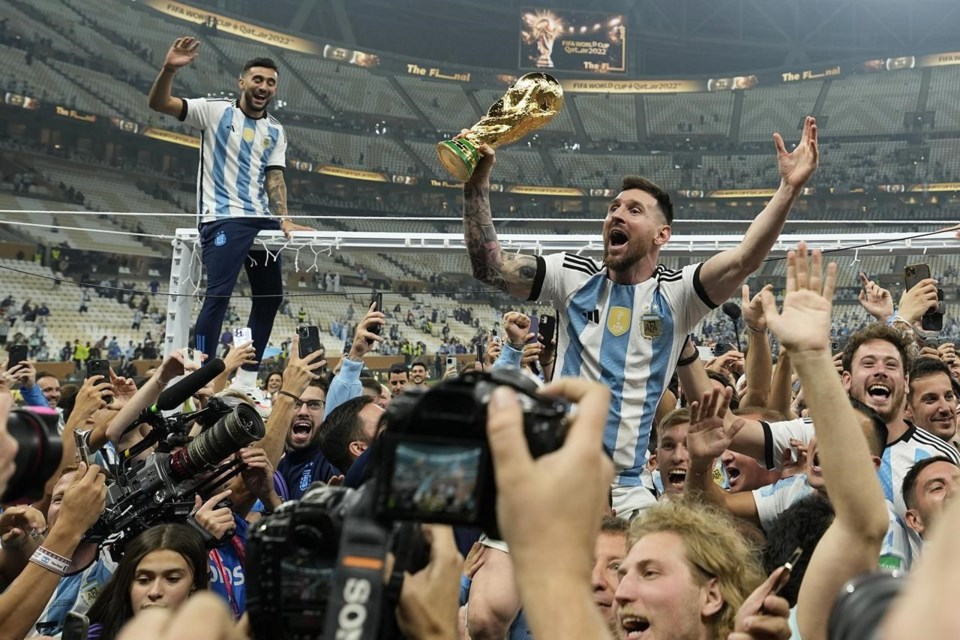 December 18, 2022 (GSN) – Technically superb Lionel Messi wearing a black Qatari robe over his blue-and-white Argentina shirt, kissed the World Cup, shuffled toward his teammates, and hoisted the golden trophy high in the air.

It was brilliant an iconic sight that finally definitively places the soccer superstar in the pantheon of the game’s greatest players.

Messi’s once-in-a-generation career is complete: He is a World Cup champion.

In one of the wildest finals in the tournament’s 92-year history, the 35-year-old Messi scored two goals then in a shootout as Argentina beat France 4-2 on penalties after a 3-3 draw to claim a third World Cup title.

Amid all that, France forwards Kylian Mbappe the heir apparent to the 35-year-old Messi scored the first hat trick in a final in 56 years, doing all he could to emulate Brazil great Pele as a champion at his first two World Cups.

Messi achieved what Maradona did in 1986 and dominated a World Cup for Argentina. He scored seven goals and embraced the responsibility of leading his team out of those dark moments after a shocking 2-1 loss to Saudi Arabia in the group stage.

Playing in the spirit of Maradona, Messi coupled his dazzling skills with rarely-seen aggression and led Argentina to the title by becoming the first man in a single edition of the World Cup to score in the group stage and then in every round of the knockout stage.

The torch will one day pass to Mbappe, whose flurry of goals lit up a dramatic final and saw him emulate Geoff Hurst’s hat trick for England in 1966, but not just yet.

Mbappe, on the other hand, was anonymous until bursting into life by scoring two goals in a 97-second span one an 80th-minute penalty, the other a volley from just inside the area after a quick exchange of passes to take the game to extra time at 2-2.