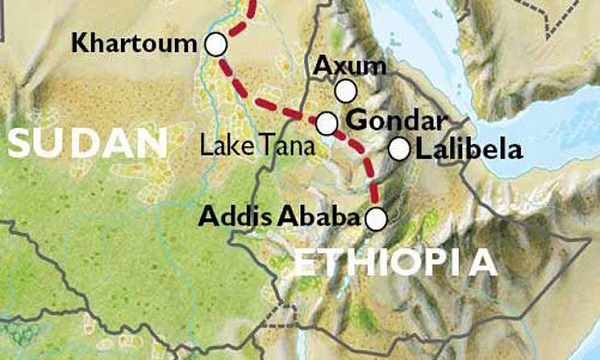 Addis Ababa, Khartoum, April 20, 2017(GSN) - The newly introduced road transport service from Addis Ababa to Khartoum has in the last one month carried some 350 travelers, the Federal Transport Authority (FTA) has disclosed.

The service, which initially suffered from delay caused by redundancy of checkpoints, has gradually been improving following discussions between officials from the two sides, Yigzaw Dagnew, FTA Communications Director, told EBC on Tuesday.

A total of 350 passengers have commuted via the Addis Ababa-Khartoum road transport route since the service was launched some four weeks back, Yigzaw said.

This, according to the Director, is indicative of the fact that the opening of the new route is in favor of both sides.

Commuters have been calling for the extension of the service which is currently operating on a biweekly basis to full-fledged regular service, Yigzaw noted, which he said would be effected after another month of trial operation. Source: (EBC)