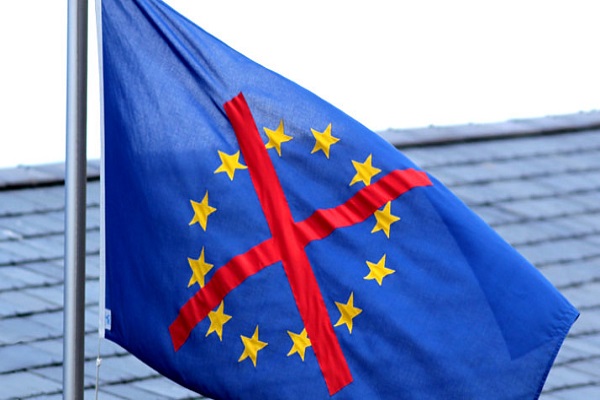 London, June 24, 2016 (GSN) - Britain has voted to leave the European Union in a referendum, with the result throwing into question the fate of the 28-nation bloc and Prime Minister David Cameron announcing that he will step down by October.

The official results were announced on Friday with the Leave campaign receiving 52 percent in Thursday's historic referendum.

Cameron, who had backed the campaign to remain in the EU, said the British people made "a very clear decision to take a different path.

"As such, I think the country requires fresh leadership to take it in this direction. I will do everything I can as PM to steady the ship in the coming weeks and months. But I do not think it would be right for me to try to be the captain that steers our country to its next destination.

"This is not a decision I've taken lightly, but I do believe it is in the national interest to have a period of stability and then the new leadership required.

"There is no need for a precise timetable today, but in my view, we should aim to have a new PM in place by the start of the Conservative Party Conference in October," a tearful Cameron said.

When asked whether Cameron should resign in case of a Brexit victory, Nigel Farage, leader of the UK Independence Party (UKIP), which had backed a vote to leave, said: "Immediately".

At least 72 percent of 46.5m voters turned out to cast their ballot.

Former London Mayor Boris Johnson said on Friday afternoon that he was saddened by Cameron's announcement but respected the prime minister's decision to step down.

"I believe he's been one of the most extraordinary politicians of our age," said Johnson, in reference to Cameron.

"It was his bravery that gave this country the first referendum on the European Union for 43 years."

Farage declared victory in a speech in London as a Brexit victory  looked increasingly likely.

"The dawn is breaking on an independent United Kingdom," he said to loud cheers at a Leave campaign party.

"I hope this victory brings down this failed project and leads us to a Europe of sovereign nation states, trading together, being friends together, cooperating together, and let's get rid of the flag, the anthem, Brussels and all that has gone wrong.

"Let June 23 go down in history as our Independence Day."

Farage went on to accuse Cameron and former prime ministers Gordon Brown and Tony Blair of "irresponsible, open-door mass-immigration that has damaged the quality of life of ordinary, decent people in this country".

Outside the UK parliament early on Friday morning, Al Jazeera's Barnaby Phillips said the outcome is "an enormous rejection of the political class".

"There is anger towards the political class. The message on immigration resonated in large parts of the country.

"People at the poorer end of society feel that the large number of EU migrants, and other migrants, that have come in has been to their disadvantage; that it has hurt access to schools, access to housing, pushed down wages at the bottom end of the wage scale.

"It is fair to relate it, in a wider context, to the support that Donald Trump has managed to get in the primary stages in the United States … a distrust of the authorities, a distrust of the establishment that has governed western democracies all these decades."

Johnson, who is favourite to become the next prime minister, said the British people had chosen to leave a "European Union that has become too remote, too opaque, and not accountable enough to the people that it is meant to serve".

"We will be less influential on the world stage," he said, but argued that the clear result of the referendum was that Britons are much more focused on issues closer to home.

"We have to listen to that message and we have to respond accordingly, protecting as best we can Britain's interests and the interests of Britain's people."

Hammond said Farage, who emerged on Friday as the face of the Vote Leave victory, "must not be allowed to hijack the victory of the Brexit campaign".

In moving forward, London must focus on “negotiating the best arrangements we can for Britain’s future trading relationship with Europe, reassuring our friends and partners around the world that Britain is not retreating into a Little England, as perhaps Nigel Farage would like".

But it must "remain an engaged, internationally focused player, and that, if I may call them this, the middle of the road voices in the Brexit campaign will prevail in terms of setting the tone of where that group wants us to go in the future".

The pound plunged and world stock markets slumped on Friday after in the wake of the referendum result. Sterling crashed 10 percent to a 31-year low at one point and the euro also plummeted against the dollar, as the Brexit result caught markets by surprise.

London's benchmark FTSE-100 index initially dived more than eight percent at the open, and was poised to post its sharpest one-day drop since the aftermath of the Lehman Brothers collapse.

The European Central Bank said it was ready to provide additional liquidity for the markets if necessary, while the Bank of England said it would pump more than 250 billion pounds ($370 billion, 326 billion euros) into the financial system if needed.