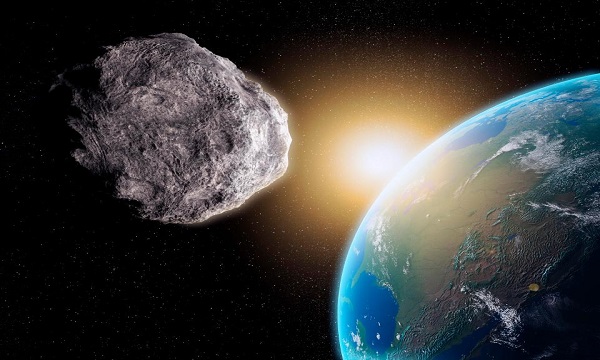 April 15, 2017 (GSN) - The largest asteroid to make a close approach to Earth in 13 years will be swinging past Earth at a distance of 1.1 million miles, or 4.6 times the distance from Earth to the moon.

The asteroid, 2014 JO25, will fly from the inner solar system and become visible in the night sky on April 19. It will be faintly visible with the use of a commercial telescope for one or two nights. JO25 won’t come this close to Earth again until the 26th century, so this April will probably be your first and only opportunity to observe it.

The Minor Planet Center has designated JO25 as a Potentially Hazardous Asteroid (PHA), which means it’s a large asteroid that passes uncomfortably close to our planet. No impact is expected, so you can breathe easy – unless, after the events of the past few years, you were hoping for an impact to wipe out the human race.

JO25 was discovered in May 2014 by astronomers at the Catalina Sky Survey in Arizona, part of NASA and the University of Arizona’s Near Earth Object (NEO) Observations Project. Very little is known about the object specifically, other than it has a curiously reflective surface.

Astronomers call this a golden opportunity to learn more about the furtive planetoid. NASA and National Science Foundation observatories intend to train their radio telescopes on JO25, which may reveal surface details about the asteroid.

2014 JO25 is 2,000 feet across, making it one of the largest asteroids to come within striking distance of Earth in recent memory. The last time an asteroid outsized it was in 2004, when the 3.1-mile-long asteroid Toutatis came slightly closer to Earth.