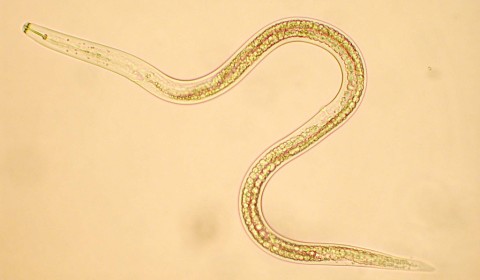 Gambella, Decemeber 25, 2015(GMN) - Stakeholders of the Ethiopian Dracunculiasis (Guinea Worm) Eradication Programme (EDEP) said, the disease will be fully eradicated from Ethiopia by the end of 2016.

During an annual review meeting of the Programme here last week, the only state where the last cases have been reported, is Gambella. State Chief Gatluak Tut said preventive activities have been expanding in the state and the number of reported cases reduced to only three in 2015.

Honourable World Laureate Dr. Tebebe Yemane Berhan, member of Board of Trustees for Lions Club International Foundation representing Africa and Goodwill Ambassador for EDEP, on his part told the press that raising the awareness of the public is the major instrument put in place to eliminate the disease.

The trend shows that in 2006-07, the number of reported cases had reached an all time low of three only to increase to 41 and 24 cases in the following years. However, currently the last indigenous case was reported in October 2015, and only three cases were reported the whole year.

Tibebe noted that "with the development and rapid expansion of health facilities, there is no excuse having reported cases."

Ethiopian Public Health Institution Director General Dr. Amha Kebede also said that the disease is on the verge of being eradicated as only seldom are cases being reported. The Institution will be responsible for surveillance and it will take up to three years to officially announce it.

"It took us more than two decades to reach this level because the people in the state are sparsely settled and also because of migration and contact," he added.

Carter Center Health Programmes Vice Presiden Craig Wither told the media that the Center provides support to the Programme because it is the poorest of the poor that have been affected by the disease.

While the disease does not have medicine or vaccination, according to Craig the intervention consists of not allowing infected people to touch water sources, spraying chemicals on ponds and providing clean drinking water, as the disease is transmitted through water.

Ethiopia Chad, Mali and South Sudan are the last countries to still have reported cases of Guinea Worm, one of the neglected Tropical Diseases. Currently, the Abobo and Goge Woredas of Gambella State are the only areas in Ethiopia to report cases.